Destroy the Neuroi and protect the Earth.

Heroine
Erica Hartmann is one of the main protagonists from Strike Witches. Erica is a flying officer and the Karlsland Airforce's greatest ace.

Her ace archetype is Erich Hartmann. Erica's hairstyle is based on Erich's nickname "Bubi." She has her hair in a "Bubischnitt", which is the German term for a "bob."

Erica is extremely efficient, brave and strategic in battle, but she is very lazy and sloppy on the ground, and her room (which she has never cleaned) is extremely messy. She is the sort of person who is only serious when the situation calls for it. Her carefree attitude stands in stark contrast to her twin sister's quieter, more reserved demeanor. However, while seemingly lighthearted, she actually cares a lot about safety and well-being of her teammates and friends. She is also a quite rebel, even don't cares about violate regulations and is not interested in promotion.

However, Erica dislikes the bureaucratic nature of the military. Her favourite hobby is sleeping and eating. Brilliant and innocent, Erica is amazing in combat, but otherwise she seems a little dreamy. She also likes the food, especially potato. However, she might not look like it, but she can be very stubborn sometimes, and she always looks at everything with critical eyes, so Erica isn't liked by the people above of the military.

Her special technique is an offensive barrel roll named Sturm which manipulates gusts of ether to attack enemies. 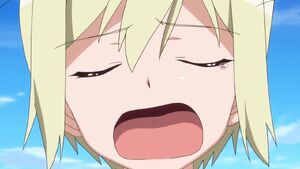 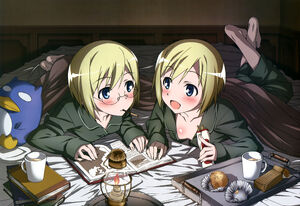 Erica and her twin sister Ursula hanging out together. 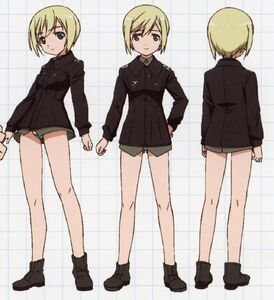 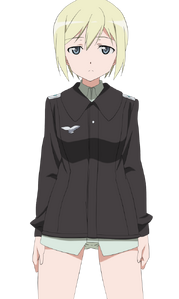 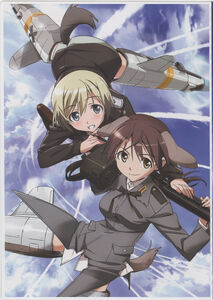 Erica with her best friend Gertrud. 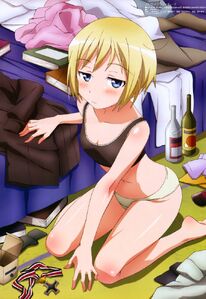 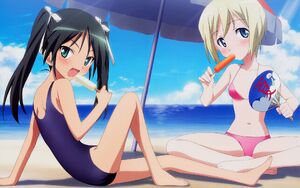 Add a photo to this gallery
Retrieved from "https://hero.fandom.com/wiki/Erica_Hartmann?oldid=2077130"
Community content is available under CC-BY-SA unless otherwise noted.