Ability to fit through small spaces

Playing with dolls
Teasing her brother

To help Dustin, Steve, and Robin uncover the secret of the Russian base (succeeded)

Erica Sinclair is a character from the Netflix sci-fi horror series Stranger Things. She started off as a minor character in the second season, but became a main character in the third season. Erica is the younger sister of Lucas Sinclair.

Erica is the somewhat typical annoying and little sister to Lucas and a source of irritation to him. She constantly calls him weird and annoying due to his nerdiness and for the same reason isn't fond of Lucas' friends, thus barely showing any respect to them. However, despite her abject disapproval of nerds, it is revealed in the third season that she is a math whiz and therefore a nerd herself. It's also implied she sneaks into his room and steals his stuff, such as Lucas' He-Man action figure. Additionally, while she does not doubt the existence of the Upside Down and the creatures that come from it after Dustin explains them to her, she initially refused to believe that Lucas was involved with either of them until he helped save her from the Russians. She is also incredibly self-centered, choosing to help Dustin, Steve and Robin infiltrate the Russian base beneath Starcourt Mall with the promise of free ice cream and protecting capitalism rather than out of patriotism. In the end, however, she softens up to the gang and the boys give Erica their Dungeons and Dragons set.

On the morning of October 31, Erica watched as Mrs. Sinclair photographed Lucas in his Ghostbusters costume. She taunted him, calling him a “nerd”.

Erica was having breakfast with the rest of her family when Lucas asked their father for advice. Later, when Dustin Henderson was trying to contact his friends to warn them about Dart, Erica, who had sneaked into Lucas's room, was the only one to answer him. Dustin tried to explain to her the severity of the situation, however, Erica didn't listen and turned the radio off.

The next day, Erica was playing in her room when Lucas came to retrieve his toy she had taken from him. It was then that she finally revealed to Lucas that Dustin had been trying to contact him.

On the night of the Snow Ball, Erica again made fun of Lucas after she witnessed him talking in front of his mirror, practicing how to ask Max Mayfield to dance. 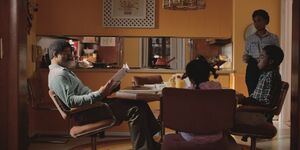 Erica having breakfast with her family. 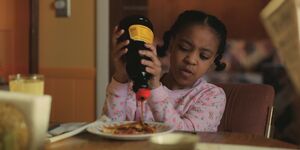 Erica pouring syrup onto her plate. 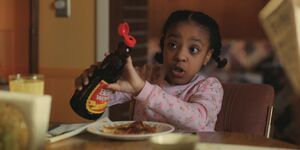 Erica stops pouring syrup when her mother gives her a stern look. 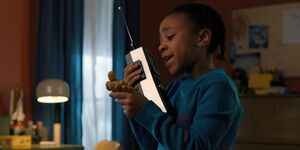 "I've got a code for you instead. It's called code shut your mouth!" 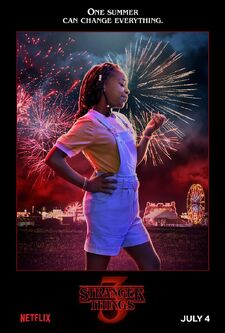 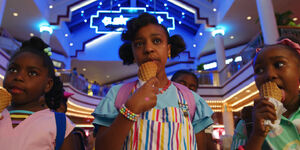 Erica crawling through the air ducts of Starcourt Mall. 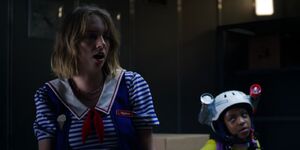 Erica and Robin after the elevator stops moving. 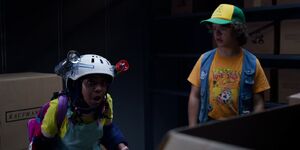 Erica blaming Dustin, Steve, and Robin for getting her trapped in the elevator. 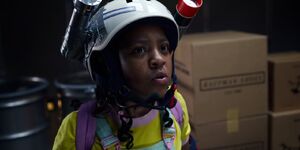 Erica shocked and taken aback when Steve snaps at her; having had enough of sassiness. 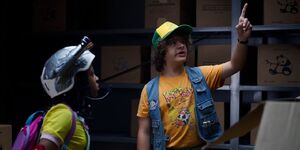 Erica as Dustin tries suggesting they climb out of the elevator. 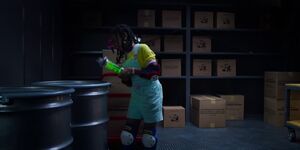 Erica banging on the cannister of the green substance. 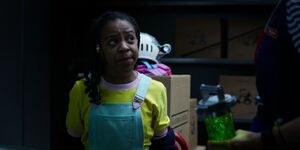 Erica saying the green substance could be useful. 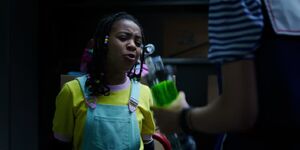 Erica believing the substance to be some type of liquid. 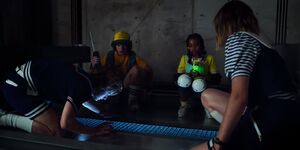 Erica, Dustin, Steve, and Robin hiding as some Russians enter the elevator. 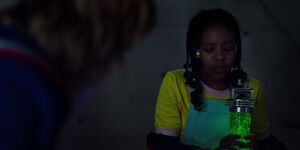 Erica holding the cannister when Steve decides to use it to hold the elevator door open so they can escape. 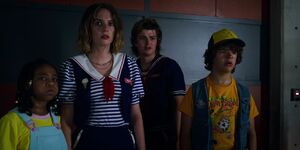 After escaping the elevator, Erica, Robin, Steve, and Dustin see they are in an underground base. 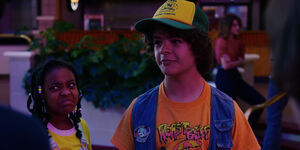 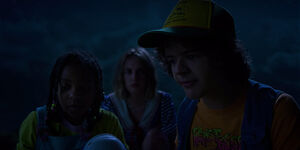 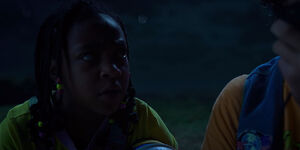 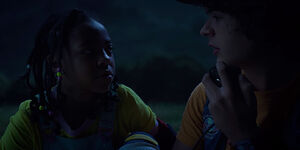 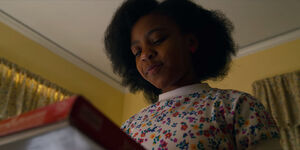