Erina Shindō (神堂 慧理那 Shindō Erina) is one of the main heroes of Ore, Twintail ni Narimasu series. Erina is the student council president of Yōgetsu High School. One day, when Soji first transformed into Tail Red, she was attacked by the Ultimagill the moment they appeared. Upon discovering Sōji and Aika Tsube were Tail Red and Tail Blue; Erina was given The "Yellow Hope" Tail Gear and transformed into Tail Yellow (テイルイエロー Teiru Ierō).

She is voiced by Chinatsu Akasaki in the Japanese version, and by Mikaela Krantz in the English version.

As a member of the Shindo family, an esteemed family with a long-standing tradition and the student council president of Yōgetsu High School, Erina has a very lady-like personality, being polite and friendly to those she interacts with. However has an adoration for heroes that she keeps secret from the public and her family as well as exibitionist and masochistic tendencies hidden underneath the image of a perfect lady and her family tradition concerning twintails has strained her relations with the hairstyle as she blamed her twintails for being always treated like a pet or a child by her entourage, initially making it difficult for her to use Tail Yellow until Soji awakened her buried love for twintails along with her exibitionist and masochistic natures. 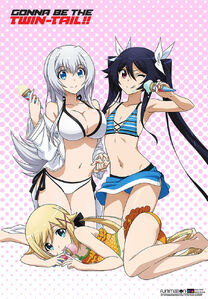 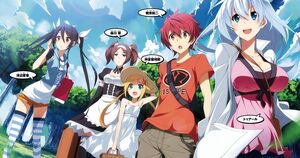 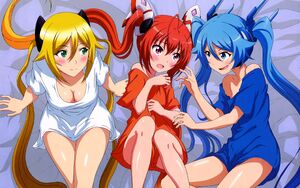 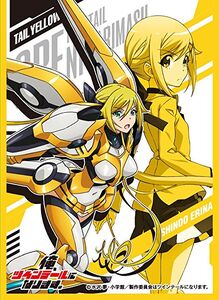