Ernesti Echevalier is the main protagonist in Knight's and Magic. He is usually composed and quiet but displays excitement whenever Silhouette Knights are mentioned. He can also be quite forceful evident when he skips and exempts himself from other classes to attend classes about Silhouette Knights. His goal is to create a Silhouette Knight and become a pilot.

He is voiced by Rie Takahashi, who did the major roles of Futaba Ichinose in Seiyuu's Life and Emilia in Re:Zero.

Ernesti Echevalier is a person with mixed gender. He is troubled by his short stature and feminine appearance that led to people hugging him. He has mauve-colored hair. His hairdo style is a bob cut. He has deep blue eyes.

Ernesti is obsessed with robots. Yet he still cares for his friends, Addy and Kid. Ernesti displayed his support for the twins when he learned their background as illegitimate children.

As Kurata, he was a professional programmer. After being reincarnated as Ernesti, he saw parallels between his current world's magic to his previous world's programming. He was not only proficient in using magic and technology of his new world but thinking of new ones, too. 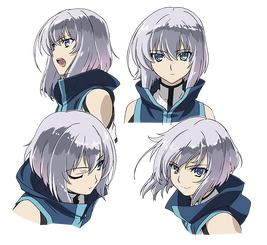 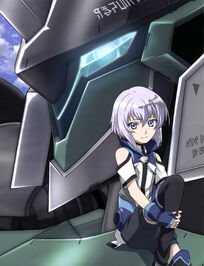 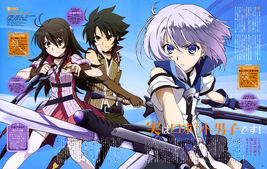 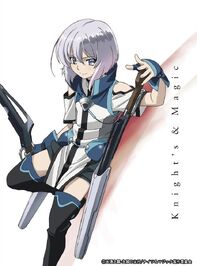 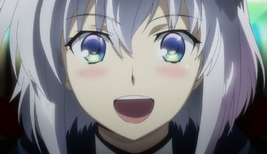 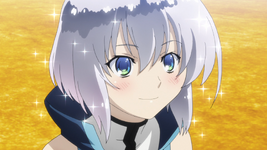 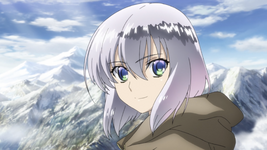 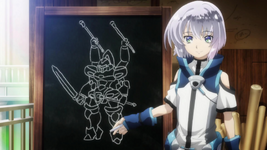 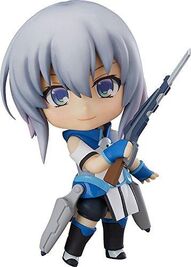