Member of the Skylanders

Eruptor is a lava monster in Skylanders: Spyro's Adventure.

He is voiced by Keythe Farley who also voiced Wildfire.

Eruptor is a hot head with a strong dislike for anything evil, so whenever something bad threatens his world, he quickly erupts... quite literally. When he isn't getting angry at the forces of Kaos, he's blowing a fuse and exploding with rage about smaller things, such as creaky floorboards and people not covering their mouths when they cough. Despite his hot temper, Eruptor never shies away from speaking his mind. He also has a case of indigestion, prone to burping up a pool of molten lava whenever he feels nauseous or startled.

As a member of the fire skylanders, Eruptor uses fire attacks. However, his attacks are based in lava. Eruptor can spew himself over a large area, causing nearby enemies to take damage. He fights long ranged by throwing lava blobs and spitting lava balls, even sometimes a critically damaging plume of lava barf. 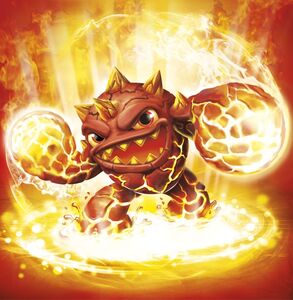 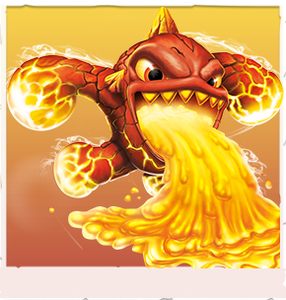 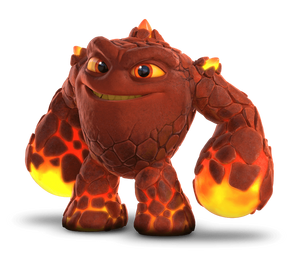