To defeat the demons.

Protect Merlin.
Protect his friends (all succeeded. Though at the cost of his own life.).

Escanor, also known as The One and the Lion Sin of Pride, is one of the main protagonists of the anime/manga/light novel series The Seven Deadly Sins. He is a member of the Seven Deadly Sins, and is considered the most powerful of their ranks. During the day, he becomes immensely powerful, and at night, he became frail and weak. His Sacred Treasure is the Divine Axe Rhitta. His inherent power is named Sunshine.

He is voiced by Tomokazu Sugita in the Japanese version of the anime, and by Kyle Hebert in the English dub.

Currently Escanor's appearance is largely the same as his appearance in Vampires of Edinburgh, with the addition of a mustache and pair of glasses. Escanor's attire is a suit commonly worn by bartenders and although slightly baggy, does appear to fit his non-sunshine form far better than his previous attire. He temporarily wore spectacles during his first formal appearance in the plot.

Ten years ago, he wore a suit of full body armor with a unique helm (which may be too large to fit him properly in the early morning or night, and conversely too small to fit him during the sunlight hours, particularly noon).

Escanor was revealed during the Vampires of Edinburgh side story to be a very meek and weak looking young man, with short-cut hair and a set of clothes that seemed too large to fit him. His clothes were made to be intentionally loose so that they fit him properly.

In the wanted poster, Escanor is depicted as a middle-aged man with a beard and a ponytail hairstyle.

His lion symbol is on his back.

Escanor's personality changes drastically along with his strength between day and night. At night, he is skiddish, submissive, and unfailingly polite.

Whereas in the day he is arrogant, boastful, and domineering, he also takes it upon himself to deliver judgement to those he feels have sinned, such as those that toy with feelings. Both personalities seem to be truly him, as he remembers everything he does in either, though at night he has chastised himself for losing control during the day.

Despite the great contrast, there are some personality traits he retains day or night, such as his feelings for Merlin and fondness for writing poetry. Even with his prideful personality he still cares for his comrades, but in his own way. Pretending to annihilate Gowther, and instead attacking the two Commandments for toying with people's hearts. But at night he cares very deeply for his captain and comrades, not wishing to harm any, even those he only recently met.

Escanor also does not particularly desire anything, as when competing in a tournament for any prize he desires, he simply stated that he intended to deliver alcohol for that tournament and not compete, despite his power.

He is also accustomed to others calling him a monster for his unique body changes after suffering a bad childhood when his power first manifested. Even the likes of demons refuse to believe he is a human. While he is immensely proud of his power during the day, exhibiting a powerful and kingly presence, he is mostly ashamed of himself at night, going as far as to tearfully apologize for having been born. Despite this, Escanor, whether at day or night, regards his own power as a curse due to it being the reason why he has been outcasted by his own kind.

During the day Escanor's pride and attitude is such that he never holds hatred in his heart to anyone, even Demons, as he does not hold hatred to those beneath him, he only pities them. This quirk has given him immunity to a Commandment. His pride is also unfailing as when his own blow got reflected to him with greater power, he was not surprised that he got injured by his own attacks.

Escanor has been described as the strongest member of the Seven Deadly Sins, as upon his fight with Galand and Melascula, two of the Ten Commandments, he easily defeated them when the sun began rising with little effort whereas Ban and Jericho could not do anything against either. Escanor's might is considered monstrous, both by enemy and ally alike. Estarossa, one of the strongest members of the Ten Commandments, refused to believe someone so powerful was a human and was rendered paralyzed in fear of Escanor's might.

Even Meliodas, the leader of the Sins, has acknowledged Escanor to be far stronger. Merlin also has a lot of faith in his abilities, acknowledging Escanor as the only individual who can stop Meliodas when he reverted to his previous self. True enough, using "The One" Escanor was able to defeat Meliodas in his Assault Mode with a single attack, although it is worth noting that before reaching The One, Escanor was barely capable of holding off Meliodas. At night, however, his power is the weakest due to the setting of the sun, rendering him powerless and unable to use his magic.

In battle, Escanor primarily relies on the rising of the sun to use his magic, Sunshine for battle. As when the sun rises, his magical power and size grow greatly. Just nearing noon causes his body to emit an enormous amount of heat to the point of being able to melt armor like nothing and incinerate others by being around them. Just using a single attack caused a lake to be evaporated in a flash from the intense heat Escanor gave off. His incredible brute strength increases in conjunction with his magical power, as a single swing from his axe Rhitta upon transforming, was enough to cleave Galand in two and swing it with a single arm whereas Galand has a hard time even moving it with two. Escanor's durability also increases with his magic as his muscles were durable enough to catch Meliodas' weapon when he attacked in Assault Mode and easily brushed off a series a slashes at his peak. Escanor's speed also increases with his magic as he could easily match Meliodas' speed in Assault Mode with his weapon and managed to block various attacks from the notably swift Ludociel with ease. 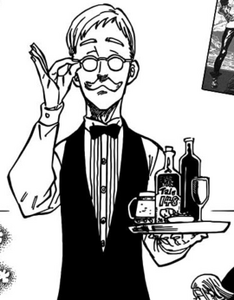 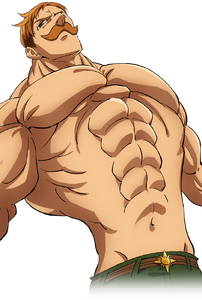 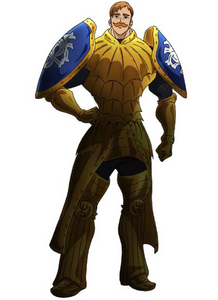 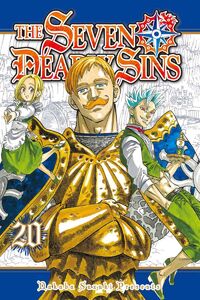