Training his ninja skills
Fighting
Hanging out with his friends
Being serious
Adventure
Helping his friends.
Spending time alone.
Getting paid for doing a job.

Solving cases and getting paid.

Practicing to further his ninja skills. (both ongoing)

Espio the Chameleon is a supporting character from the Sonic the Hedgehog series. He is a serious character, and a martial artist. He is Silver's best friend and the deuteragonist of Knuckles' Chaotix, a major character of Shadow the Hedgehog and a major anti-hero of Sonic Rivals 2.

He is not only a martial artist and a member of Team Chaotix but is also training to become the world's greatest ninja trainer. His favorite foods to eat are dumplings and odango.

Espio over the years, has grown into a strong ninja and can camouflage like all chameleons do, and keep practicing his skills. He can also do anything to help Sonic out in his adventures.

He is voiced by Yūki Masuda in the Japanese version, and by Bill Corkery, David Wills, Troy Baker and Matthew Mercer in the English version, the latter who also voices Chrom in the Fire Emblem series, Luke Skywalker in Star Wars Battlefront II, and Aiden from Minecraft: Story Mode.

Espio is Team Chaotix's ninja expert and Vector's right hand man; a quiet and serious-minded individual who constantly hones his skills as a ninja. He prefers not to use his skills for dishonorable means, but is constantly goaded into doing so by his peers.

Espio is very stern, stoic, level-headed, intelligent, wise and disciplined, but also opinionated and somewhat arrogant at times. While a straight-laced detective and the voice of reason in the Chaotix Detective Agency, Espio's reserved demeanor hides a burning sense of justice and a refusal to let evil triumph. As such, Espio gives off an ruthless demeanor when facing villains; when encountering Dr. Eggman in Sonic Heroes and Shadow the Hedgehog, the usual civil and soft-spoken chameleon would make threats at the doctor's life. Despite this fact, he is usually eager to find danger to flex and polish his ninja skills. He is seen as a ninja-based character; his battle poses and shuriken stars support that portrayal.

As a Speed Type, Espio possesses superhuman speed. As demonstrated in Sonic Rivals 2, he can run at speeds compatible to Sonic and Shadow's and his swiftness is potent enough to let him fool his enemies by appearing in different spots almost instantaneously.

While not shown to the same extension as Knuckles the Echidna, Espio has impressive physical strength, using sharp karate chops powerful enough to shatter obstacles and smash robots. Espio also has extreme acrobatic skills, doing complex and nimble jumps in midair and grind on rails with ease. Espio also has very impressive durability and endurance, seen as he is able to withstand Sonic's Homing Attacks indefinitely and keep fighting in Espio: Master of Camouflage.

Being a chameleon, Espio possesses a stealth camouflage trick that lets him change his colors scheme to his environment. His camouflage is so effective that he is rendered completely invisible to the naked eye and allows him to pass by unnoticed. Being a skilled ninja he is also a master of non-camouflaged stealth which combined with his camouflaging abilities makes him virtually undetectable. Espio also possesses an extremely keen sense of awareness of his surroundings on both the physical and empathic plane, detecting Team Dark nearby despite the group being out his field of vision and was even able to perceive the soul of the Time Eater.

Like a real lizard, Espio is able to climb along any surface and stick to them for an unprecedented amount of time. As seen in Sonic the Fighters, he also possesses a prehensile tongue which he can use as a short-range projectile attack in combat and as a grappling hook. Espio has also demonstrated the ability to harness chaos energy from the Chaos Emerald to enter Hyper Mode. 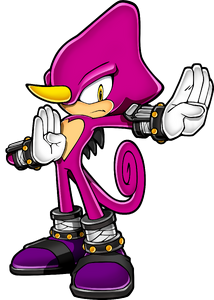 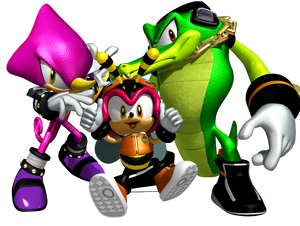 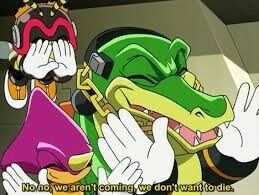 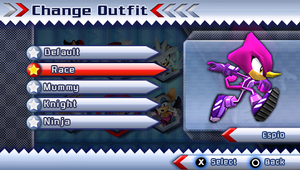 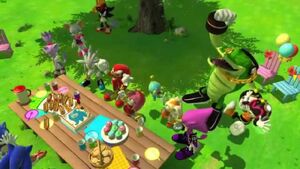 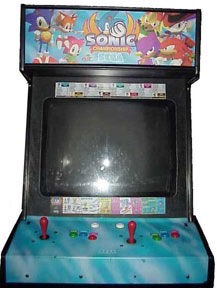 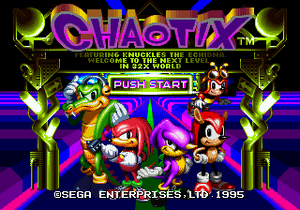 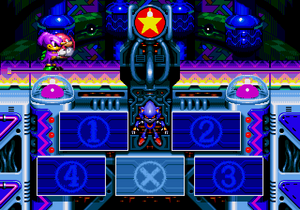 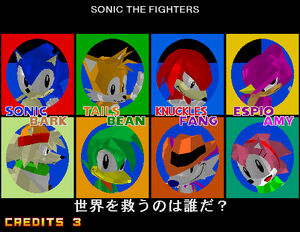 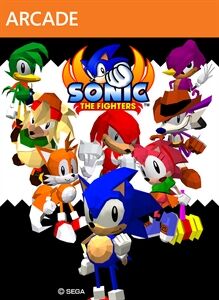 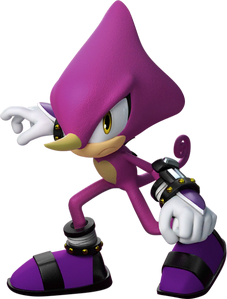 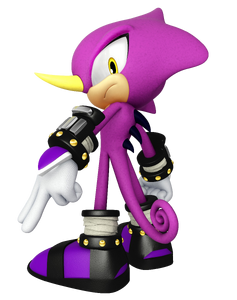 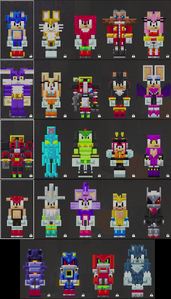