Melting into a puddle

Vengeful
Ethan is a supporting character in the film Sky High. He was portrayed by Dee Jay Daniels. He can melt into a small orange puddle (which earned him the nickname "Popsicle"). When in his puddle form, he is slippery and unaffected by people stepping on him.

Self-Liquification: Ethan can melt into a small orange puddle (which earned him the nickname "Popsicle"). When in his puddle form, he is slippery and unaffected by people stepping on him.

His wardrobe is made up of mostly red, orange, and yellow. He dons black rimmed glasses to help him see. His clothing choices are loose, sporty styles.

Ethan is the intellect of the group. When under pressure, he stammers and tends to say positive comments, as seen during his Power Placement exam and after being subjected to a swirlie from Lash and Speed. He is sensitive to the term "Sidekick" and refers to it as "Hero Support". When with his friends, he's upbeat and enthusiastic.

Ethan is called up after Zach for Power Placement. Coach Boomer places him in the "Sidekick" class after deeming his power to be lackluster for a "Hero" classification.

In the end, he gets hailed as a hero by tricking Lash and trapping his head in a toilet. He also uses his powers to cause Speed to slip while he is running, giving Warren the opportunity to pelt him with a fireball. He is last seen at Medulla's redone Homecoming Dance. 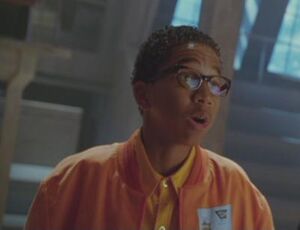 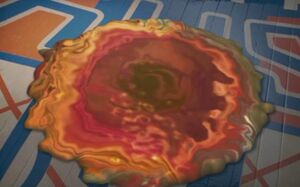 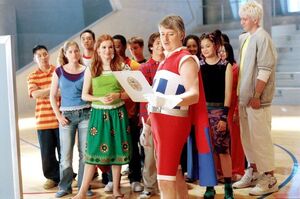 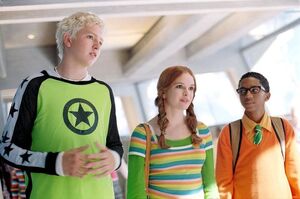 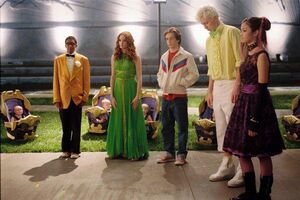 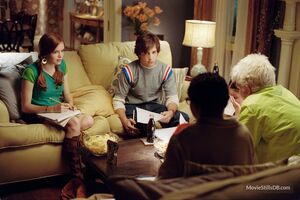 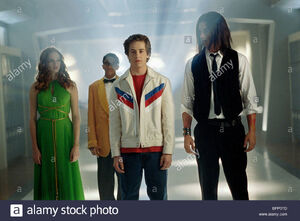 Retrieved from "https://hero.fandom.com/wiki/Ethan_(Sky_High)?oldid=1946163"
Community content is available under CC-BY-SA unless otherwise noted.