EVA, also known as Tatyana (Russian: Татьяна), and later known as Matka Pluku, and Big Mama, was a protagonist in the Metal Gear series. She was a spy and femme fatale who fought alongside Naked Snake during Operation Snake Eater. While posing as a KGB agent, she actually worked as a spy for the Chinese People's Liberation Army, tasked with obtaining the Philosophers' Legacy. She later became the surrogate mother of Solid Snake and Liquid Snake.

She was voiced by Suzetta Miñet, Vanessa Marshall (who also voiced Irwin in The Grim Adventures of Billy & Mandy, Black Canary in Injustice 2 and Hera Syndulla in Star Wars Rebels) in Metal Gear Solid: Portable Ops, and Lee Meriwether in Metal Gear Solid 4: Guns for the Patriots. In Japanese, she was voiced by Misa Watanabe, and Mari Natsuki in Guns for the Patriots.

Eva was born in Meridian, Idaho on May 15th, 1936 to unnamed parents, and at some point she was taken in by the Philosophers to become their top spy. Due to her extensive training, Eva was capable of infilitrating any group, and later received firearm training from the Chiense People's Liberation Army.

In the 1960s, Eva was tasked by the Philosphers to gather data on the Shagohod, a nuclear ballistic missile system developed by doctor Nikolai Sokolov. Infilitrating the KGB to get close to Dr. Sokolov, Eva, posing as "Tatyana", was later imprisoned by Soviet Colonel Yevegeny Borisovitch Volgin. She then prtended to be Sokolov's lover and faked her allegiance to the colonel, which allowed her to further infilitrate the Groznyj Grad. During Operation Snake Eater, Eva encountered CIA operative Naked Snake, and supplied him with information on Tselinoyarsk. She would develop romatnic feelings towards Snake, but the latter was hesitant as he didn't want to comprose the mission.

Eva gave Snake a plan on infilitrating the base as disgusing himself as Major Ivan Raidenovitch Raikov, Volgin's lover, to find Sokolov's location. Despite recovering the Shagohod data, Eva would witness the torture and death of Sokolov, and later the torture of Snake by Volgin. Though she nearly broke her cover in an attempt to save Snake, she was stopped after Snake stopped Revolver Ocelot from killing her. Followng Snake's escape from Groznyj Grad, Eva planted explosives across the bridge and attempted to obtain the Philosopher's Legacy from Volgin. After the colonel's defeat, Eva spent a night with Naked Snake, but left the following morning with only an audio tape left in her place.

Eva would remain off the records until she was imprisoned in Hanoi, but she was rescued by Big Boss and the two later joiend the Patriots. When Zero wanted to make clones of Snake, Eva volunteered to give birth to the first twins, whom would go by the names Solid and Liquid Snake. Though Eva looked at the twins as her own children, she would soon leave the Patriots after Big Boss learned of the Les Enfants Terribles project.

When Big Boss' coup was stopped by Solid Snake, Eva worked with Revolver Ocelot to kill each member of the Patriots in an attempt to find the Boss' remains since he was palced in another coma. After the Big Shell incident, Eva traveled to Europe and became the leader of the Paradise Lost Army, and worked with Raiden to find Big Boss' remains in exchange the location of Olga Gurlukovich's daughter Sunny. While Raiden was successful in finding his remains, Eva (now going by the name "Big Mama"), worked on trying to stop Zero's AI and the war economy.

When Solid Snake learned of Big Mama from Raiden, he traveled to Europe in hopes to protect Big Boss' remains to prevent them from being acquired by Liquid Ocelot. It was later revealed that the corpse was Solidus Snake's body, with Big Mama using it as a ruse for Liquid Ocelot. Eva would assist Solid Snake, but would die from her injuries after dealing with Ocelot and Vamp. Solid Snake and his allies succeeded in stopping Ocelot and Zero's proxy AIs, thus freeing Big Boss from his coma. 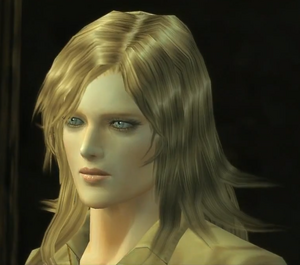 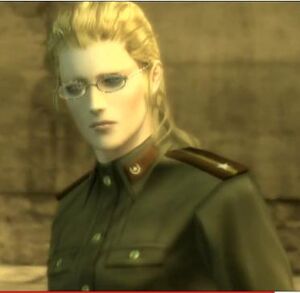 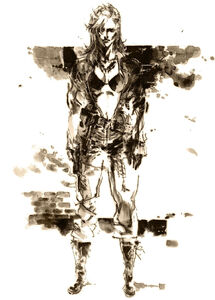 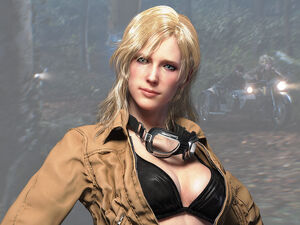 EVA in the pachislot. 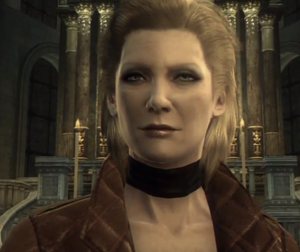