NOTE: This page is for the version of Fíli from the Peter Jackson continuity. You may be looking for more info on his mainstream counterpart.

Fíli is a major protagonist in The Hobbit film trilogy. He was one of the 12 Dwarves accompanying his uncle and King, Thorin Oakenshield to reclaim their homeland from the dragon Smaug alongside his younger brother Kíli, later joined by their hired Hobbit 'burglar' Bilbo Baggins.

In Peter Jackson's trilogy, Fíli is portrayed by Dean O'Gorman.

He was originally going to be portrayed by Rob Kazinsky, who pulled out of the film for personal reasons.

Fíli is a stubborn dwarf, but reasonably fair. He is childish, immature, reckless, energetic, and eager. He is caring, protective, and strict over his younger brother, and his other friends. Unlike Kíli, Fíli knows when to stop messing up. Fíli is a bit careless, but time and time again, he does come to care at the end. Even though he even teases Bilbo, Fíli does care about him, as shown when he is relieved Bilbo came back alive and later tried to stop Thorin from killing their companion. Fíli is also loyal and loving to his uncle. He is also very brave. Mostly does what he's told and is more levelheaded. 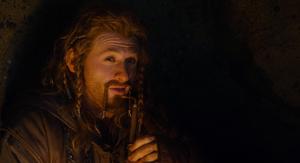 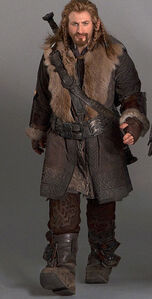 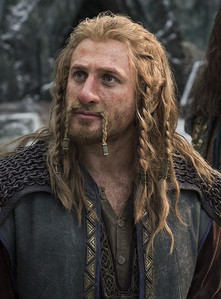 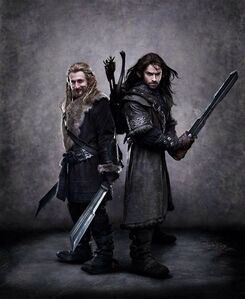