Heroes Wiki
Register
Don't have an account?
Sign In
Advertisement
in: Romance of the Three Kingdoms Heroes, Male, Honorable,
and 56 more

Strategic Official
Fa Zheng (Chinese: 法正) is a character in the 14th-century Chinese classic novel Romance of the Three Kingdoms by the late Luo Guanzhong, and its multiple adaptations. He is a vassal who first worked for Liu Zhang. After Liu Bei invaded the province, he served his new lord as a master strategist. He was greatly favored by Liu Bei and was considered one of his closest advisors. He also appears as a playable character in the Dynasty Warriors series.

Fa Zheng and Meng Da are joined in the governor Liu Zhang when they were coming in Yi Province together, the two allowed to understand their opinions positively to serve Liu Zhang. Impact of foremost, Fa Zheng and his bosom friend Zhang Song perpetually reminded that Liu Zhang was clueless with incapable person. After Zhang Song's initial arrival in Jing Province, it almost belonged to saw Cao Cao, the tyrannical warlord who encountered domination of the Han Dynasty and protected Emperor Xian. On the way, Fa Zheng and Zhang Song are casting fine for awesome so as they advised Liu Zhang to fission out with Cao Cao but without roughly a strain in the reason to be an allies with benevolent leader Liu Bei. Although that Fa Zheng is so devoted with Liu Bei, even his own knowledge as fabulous as the prime minister Zhuge Liang.

When Liu Zhang was afraid of them in nature, Cao Cao should lead several soldiers to attack the warlord Zhang Lu in Hanzhong. Hanzhong was transferred to Yi Province, Cao Cao seemed to be looking out forcing to dispose Hanzhong. Zhang Song stopped Cao Cao by telling Fa Zheng to sue Liu Bei to Yi Province, Liu Zhang was critical enough to outrage Liu Bei, led several of his latter armies to attacked Liu Bei and Pang Tong was killed by Zhang Ren while he crossing the path. Under Liu Bei's designation, Fa Zheng allowed to write a letter to Liu Zhang, Liu Zhang suggested surrendering to Liu Bei. Fa Zheng was known to administer harshly and aggressively, he advised Zhuge Liang to lighten the criminal laws, which was refused.

Later on, Fa Zheng proposed an attack on Hanzhong and by his schemes, he helped Huang Zhong to defeated Xiahou Yuan during the battle of Mount Dingjun. He allowed Liu Bei to take possession of Hanzhong. At some point, Liu Bei entered the Mount Dingjun camp and confronted Xiahou Yuan. Meanwhile, Xiahou Yuan was stationed at Zouma Valley and Zhang He was stationed at Guangshi, Fa Zheng took the sound of the east and hit the west, Liu Bei divided the more than 10,000 soldiers into the 10th teams and attacked Guangshi in round of the night. Zhang He beat the pro-arms and did not lose his stronghold, but could not resist the turn of Liu Bei's forces and asked Xiahou Yuan for reinforcements. Xiahou Yuan will split the soldiers to support Zhang He and continue to stick to the southline.

However, after this, Liu Bei sent his troops to attack on Zouma Valley and set fire to the defensive antlers in front of the Wei armies positions, Xiahou Yuan personally led four hundred sergeants to campfire and repair antlers. In some case, Fa Zheng looking at the right time and see Xiahou Yuan was at a disadvantage. He proposed to attack Xiahou Yuan with his forces, Liu Bei was forced to attacked from the rear by Huang Zhong on the mountain. After Xiahou Yuan's death, Zhao Yun responded to Huang Zhong and saved him, Wei forces was already defeated. Before the establishment of Shu Han, he convinced Liu Bei to marry Wu Yi's younger sister, Empress Mu. After Cao Cao's forces were totally repulsed from Hanzhong, Fa Zheng died of illness and Liu Bei cried for days.

Fa Zheng served Liu Zhang as a eminent tactician then working with Meng Da and Zhang Song to yield to Liu Bei. After Zhang Song kept persuading Liu Zhang but maybe was incurred by Liu Bei to enter Yi Province, Fa Zheng promised to encourage them to incur him and come up with the best ambitions. At this time, Fa Zheng wants to occupy Liu Zhang when he meet Pang Tong, sometimes exaggerates easily but helps Pang Tong and Liu Bei each other.

At the Battle of Hanzhong, Fa Zheng was able to helped the Shu forces to take over Mount Tiandang from the fierceness threats of Xiahou Yuan and even Liu Bei would not have been undoubtedly damaged. Xiahou Yuan shot bows and arrows on Liu Bei before dead, Zhao Yun and Fa Zheng were very worried that Liu Bei had been caring for his wounds and Xiahou Yuan died after he scolded them for the last time, Zhao Yun should ask Liu Bei to take good care of his own heart.

Ever since Guan Yu eventually fought against the enemy after Fan Castle, Fa Zheng was discussing with Liu Bei and Zhuge Liang after receiving much of his own education even though he would accept another ideas. When Cao Cao decided to abandon Hanzhong, he especially said as apparently moving was obvious to Wu. It turns out that Fa Zheng's words are very practical, Zhuge Liang only appreciate his esteem for his ones. Just finished talking, Fa Zheng finally died after guiding Liu Bei.

Fa Zheng from Romance of the Three Kingdoms. 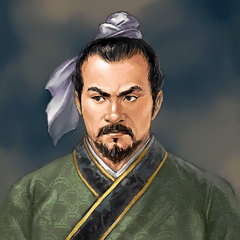 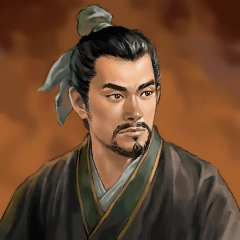 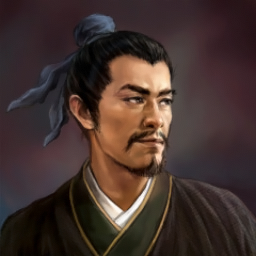 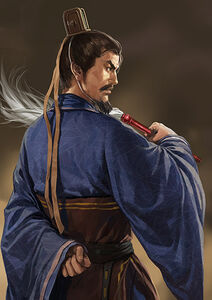 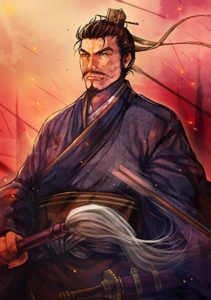 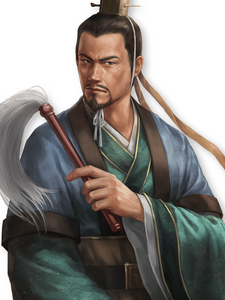 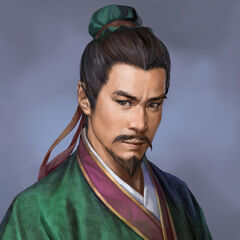 100man-nin no Sangokushi Other portrait. 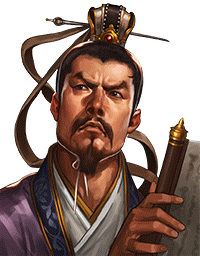 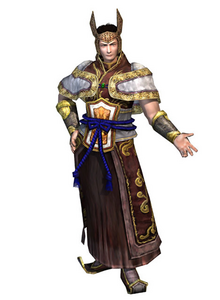 Fa Zheng as he appears in Kessen II. 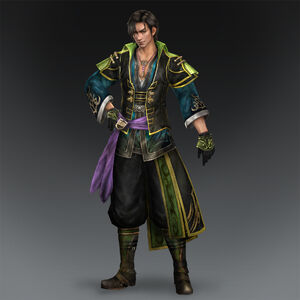 Fa Zheng as he appears in Dynasty Warriors 8. 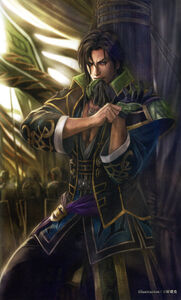 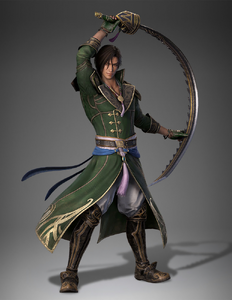 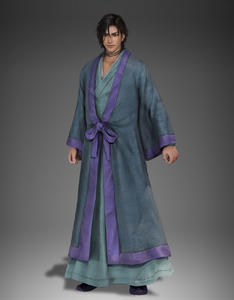 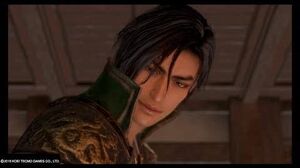