Fairy Princess Willow is the leading female protagonist of Scooby-Doo and the Goblin King.

Scooby-Doo and the Goblin King

Princess Willow is the daughter of the powerful Goblin King. She is rebellious and loves to explore, and when we first see her, Willow plays pranks on the wicked magician Krudsky, which leads to her capture. Krudsky steals her fairy powers and she remains his prisoner throughout virtually the whole film. Willow is finally released, but the Goblin King scolds and grounds her for a year for sneaking out and for her selfishness but admits he's glad to have her back. In the end, Willow brings Jack-O-Lantern back to life after a battle and blesses Shaggy and Scooby-Doo with the magic of the fairies. 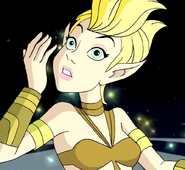 Willow apologizing to her father

"Poor Jack. He's gone out for another year." 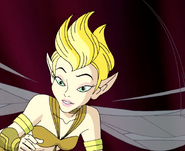 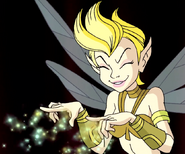 Willow casting a spell and playing tricks on Krudsky 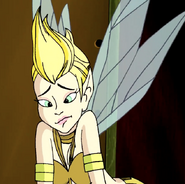 Willow having her fairy powers stolen by Krudsky

Willow crying out for help