Ruler of the Enchanted Forest

The Fairy Queen is a supporting character in the 2003 animated film, Barbie of Swan Lake. She is the ruler of the Enchanted Forest, which was plagued by evil by her warlock cousin, Rothbart, until Odette defeated him.

She is played by Teresa and voiced by Kathleen Barr who later voiced Serafina in Barbie as the Princess and the Pauper.

Before she met Odette, Fairy Queen and her evil cousin Rothbart lived in the Enchanted Forest. Although the two seemed to be friends during their childhood, one day, Rothbart was ambitious to become the ruler of the forest. When their uncle, the King chose his successor, he chose Fairy Queen instead of Rothbart. Rothbart rushed out of the forest angrily and has been away for many years. Everything went well until he came back with his daughter Odile. During his time away, Rothbart has become a master of dark arts, and with his new strength, he began to take over the forest. Although Fairy Queen tried to force him to leave, she was shocked by the power of darkness. Some of her most brave fairies and elves tried to stop him, eventually being transformed into animals and forced to build his new palace. In order to make Fairy Queen worse, every prisoner, his power will become stronger, and her power will gradually weaken with the evil that spreads throughout the forest. There is only one thing left to her and her subjects full of hope: the prophecy of those who release the magic crystal from the tree will defeat Rothbart and save the forest.

When Odette was revealed as the prophecy saviour of the Enchanted Forest, although she expressed sympathy for her own dilemma, she was said not to believe in herself, so Fairy Queen decided to let her go. However, Rothbart will definitely step in and turn Odette into a swan. Although she initially lacked faith because of her weakening power, Fairy Queen managed to change the spell, allowing the Odette to recover at least from sunset to dawn. Then she led Odette to find the book of the forest, which contained the secret to stop Rothbart. Later, when Odette questioned whether she deserved Prince Daniel's love, Fairy Queen assured her and inspired her, but she turn into a new dress and provide a dancing course for her royal ball class. However, Rothbart kidnapped Erasmus, and their lesson was unfortunately shortened. But Fairy Queen tried to stop him, her strength weakened again, and she had to walk on the ground like everyone else instead of floating. up in the air.

After learning that Rothbart had deceived Daniel's plan, although she was still in the swan state, Odette decided to go to the palace to expose this deception, and could not disagree with her effective views. Fairy Queen wished her good luck, but decided to personally decide. She makes Lila, Ivan, and Carlita to help. Although she was surprised to find Odette lying on the ground and losing consciousness, Fairy Queen realized that she was still alive and had her magical firefly light transport Odette to her chariot. This led them to chase cats and mice between Rothbart, and Rothbart ended up chasing through a damaged chariot. In order to protect Odette, Fairy Queen challenged Rothbart into the battle, but in the end it was transformed into a mouse by his powerful power. Fortunately, when Rothbart was defeated by the true love of Daniel and Odette and rekindled the power of magical crystals, Fairy Queen not only regained the image of humanity, but also restored all her power. Then she and all the others celebrated at the wedding of Daniel and Odette. 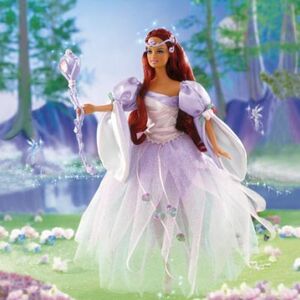 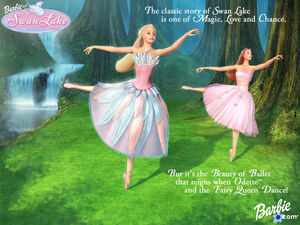 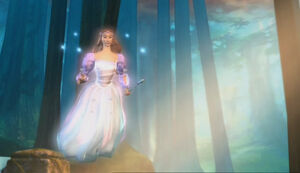 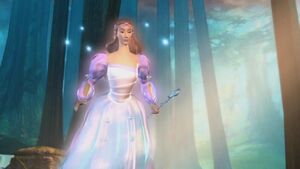 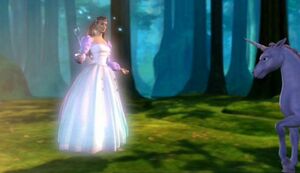 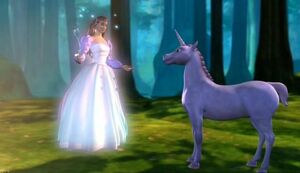 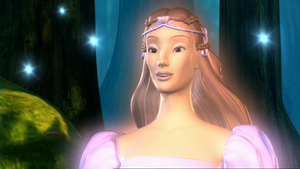 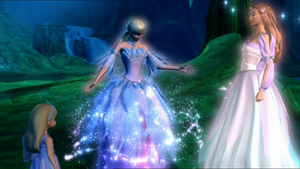 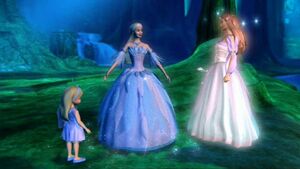 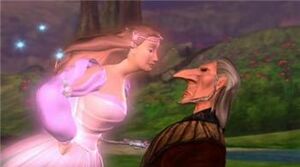 Retrieved from "https://hero.fandom.com/wiki/Fairy_Queen_(Barbie)?oldid=1766752"
Community content is available under CC-BY-SA unless otherwise noted.