Anthropomorphic Feline
Fancy-Fancy is one of the main characters in the show Top Cat.

He is voiced by the late John Stephenson in the series and Matthew Piazzi in the movie.

He bears a resemblance of Spook, but he has light orange fur, and a peach muzzle, a black tip of the tail, and wears a white scarf and he is shirtless,

but he is one of the two stout cats of the gang. He is the laid back member of the alley cats and one of Top Cat's pals.

Fancy-Fancy appears to be a common helper to Top Cat. He is laid-back, smooth-talking, handsome, and kind-hearted, and is regularly seen chatting up the ladies before leaving them when hearing the trashcan lid call that signals the gang to convene. In the film, which features robots as a plot device, he is able to disguise himself as a feminine robot. 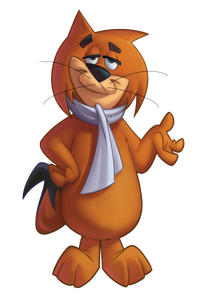 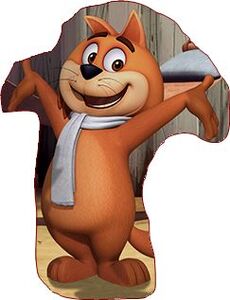 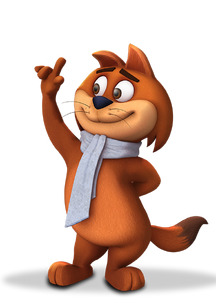 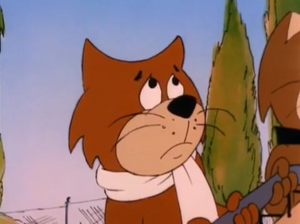