Fear is the secondary trtitagonist from the 2015 Pixar film, Inside Out. He is the purple Emotion and one of the five Emotions inside the mind of Riley Andersen. He appears to be very paranoid and unsure of himself, and often tries to protect Riley from danger, a description that matches his name.

Eventually, he, Anger, and Disgust went into a problem when Joy and Sadness are gone missing, causing him to fall into panic. When they fail to help cope while the other Emotions are gone, their plans fail to maintain Riley and then Anger comes to the thought of making her run away. Despite his and Disgust's protests, Anger carries out the idea, which causes him and Disgust to immediately regret.

As the headquarters are turning black, Joy and Sadness finally return in the nick of time and Sadness is able to convince Riley to return to her parents and save the day. Fear and the other emotions continue adapting Riley to a new life in the end. 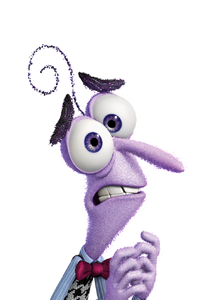 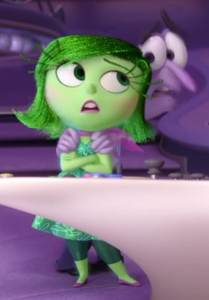 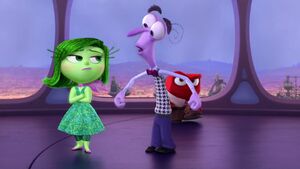 Fear trying to encourage Disgust on what Joy would do. 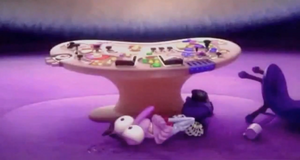 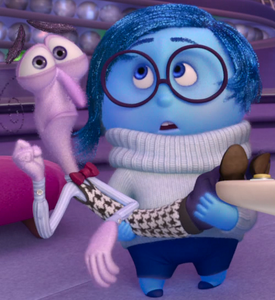 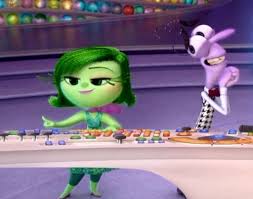 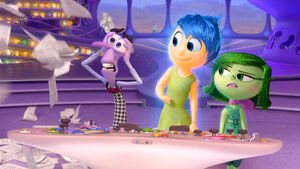 Fear with Joy and Disgust, freaking out about Riley's name being called upon.

Fear as he appears in Disney INFINITY 3.0 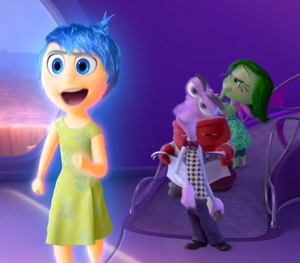 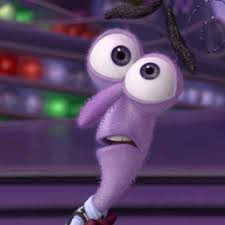 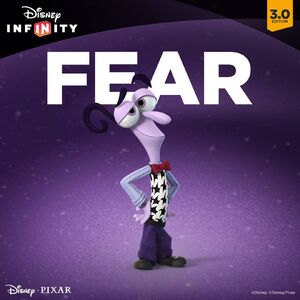