Mechanically Modified Superhero
Fenton Crackshell-Cabrera is a supporting protagonist from the 2017 DuckTales reboot. He's the counterpart of the character Fenton Crackshell from the original series, only here, he is given Cuban roots, hence the slight renaming and noticeably different apperance. He is an intern for Gyro Gearloose and the alter-ego of Duckburg's iconic superhero, Gizmoduck.

He is voiced by Lin-Manuel Miranda who also voiced Vivo in Sony's animated film of the same name.

Fenton is Gyro's former intern promoted to doctor. Eventually, Scrooge hires to be Duckburg's protecter in his absence as the superhero Gizmoduck.

In the 2017 reboot, Fenton Crackshell has light brown feathers and wears a cream colored top with a light purple tie

Fenton is an optimistic, impossibly earnest, and brilliant young intern who wants what's best for everyone. Fenton is well-meaning but naive and has an issue with causing Gyro's secret projects to be leaked to the public. 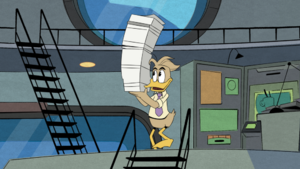 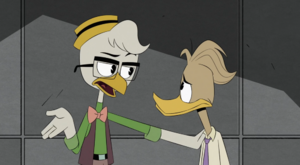 Gyro telling Fenton that he isn't fired after using the Gizmosuit without his say so. 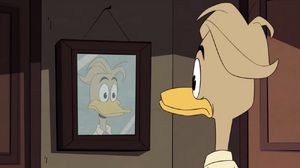 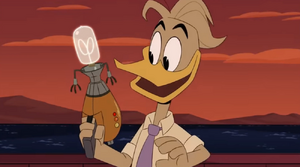 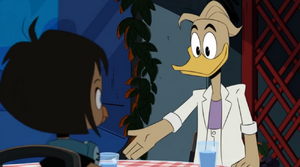 Fenton going on a date with Gandra Dee at the lab. 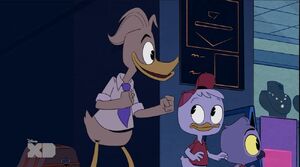 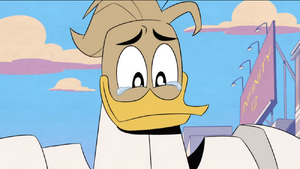