Heroes Wiki
Register
Don't have an account?
Sign In
Advertisement
in: Articles under construction, Male, Cartoon Heroes,
and 30 more

Powering up light bulbs with his mouth
Immortality
Self-detonation

Fester Addams is the brother of Gomez Addams and the brother-in-law of Morticia Addams. He’s also the uncle of Wednesday Addams and Pugsley Addams. Fester seems to have the ability to generate electricity as shown by putting a lightbulb in his mouth and it lighting up. He is tradionally seen with a heavy black coat. He is shown like all the others to have a dark sense of humor and deep love for his family. In the 60s TV Series, he was portrayed by the late Jackie Coogan. In the first two live action films, he was portrayed by Christopher Lloyd.

In the 90s cartoon show, he was voiced by the late Rip Taylor.

Despite Uncle Fester's menacing look and strange behavior, he is actually gentle and caring to everyone. He shows great respect to Gomez and Morticia. He has always exhibited love and great care to his niece and nephews, despite their frequent mischief. 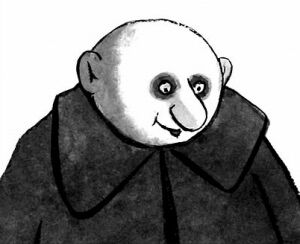 Uncle Fester in the original comic 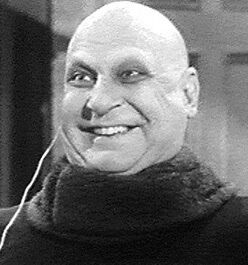 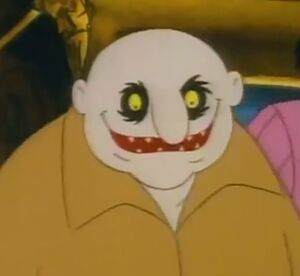 Uncle in the 1992 cartoon series 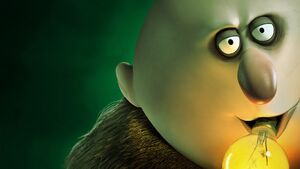