Fifi (Beauty and The Beast)

Fifi (or Babette, as she was named in the Broadway musical and House of Mouse) is Lumiere's girlfriend in Beauty and the Beast and its midquels. Fifi is one of the castle's maids, who was turned into a feather duster during the spell. She is voiced by Kimmy Robertson.

The Feather Duster is a very flirtatious character in Beauty and the Beast and often likes to tease and play with Lumiere during the movie. In Belle's Magical World, and to some degree the musical, she is also shown to be somewhat jealous regarding Lumiere's womanizing character, which nearly resulted in disaster in the former.

This jealousy can also affect her common sense, as she mistook Belle for being made one of Lumiere's new girlfriends, apparently not realizing that Lumiere doing that would ruin their chances at becoming human again as Belle was necessary for breaking the spell.

Despite this, at least in the musical, she tries herself to make him jealous. According to "Mrs. Potts' Personality Profile Game" in the special edition, Fifi's (as she is called there) personality is described as expecting someone else to do for her and believes in doing things for herself, other than for others. She is playful, alluring and womanly. 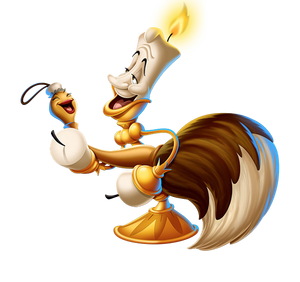 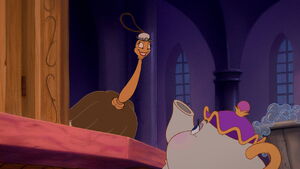 Fifi's first appearance as she excitedly tells Mrs. Potts she saw a human girl arrive at the castle. 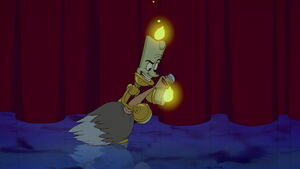 Fifi with her boyfriend, Lumière. 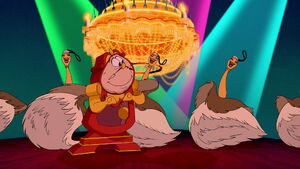 Fifi and some other feather dusters dancing and singing to "Be Our Guest." 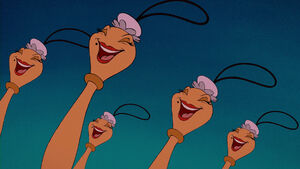 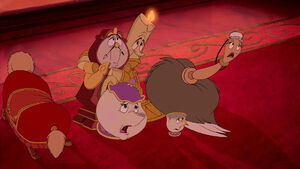 Fifi and her friends scared when Beast growls viciously as Belle tries to heal his wounds he sustained when protecting Belle from a pack of wolves. 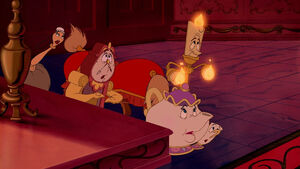 Fifi and her friends surprised when Belle puts her foot down with Beast's temper. 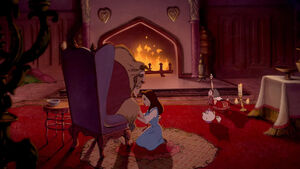 Fifi and her friends seeing that Belle managed to conquer Beast's temper as she heals his wounds. 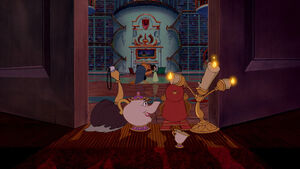 The next day, Fifi and her friends are satisfied when Belle and Beast start to bond when Beast shows Belle the castle library. 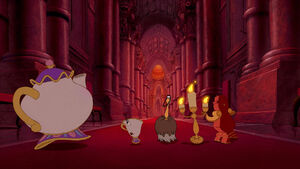 Fifi and her friends leaving to give Belle and Beast some privacy. 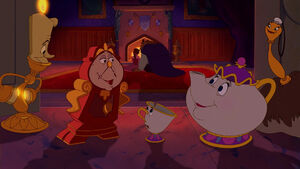 Fifi and the other servants touched by the romance forming between Belle and Beast. 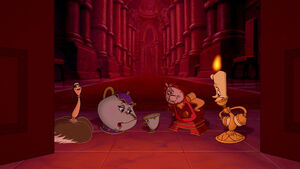 Fifi happy to see Belle and Beast falling in love. 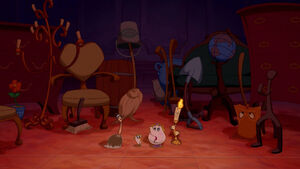 Later, Fifi and her friends meet with Cogsworth who reminds them how much time is left to break the spell. 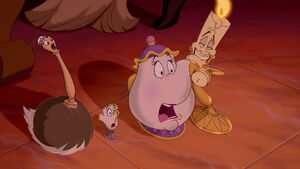 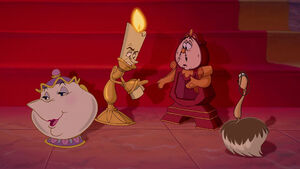 Fifi and her friends reminding Cogsworth to take it easy with the blossoming romance between Belle and Beast. 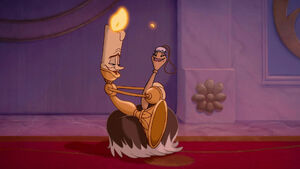 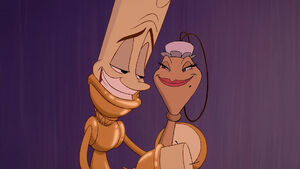 Fifi and Lumière smiling flirtishly at each other. 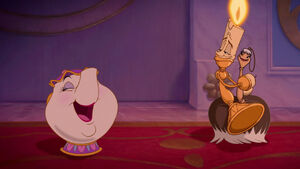 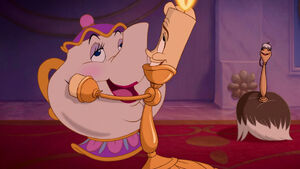 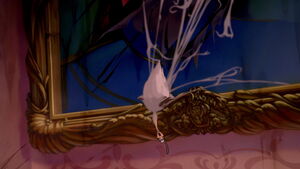 Fifi getting caught in some cobwebs. 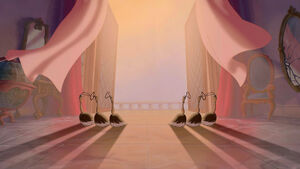 Fifi and the feather dusters opening the curtains as they clean the castle. 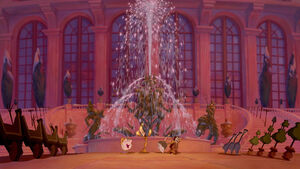 Fifi at the end of "Human Again." 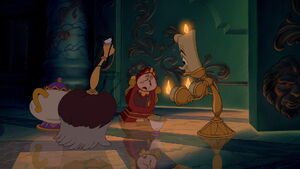 Later, Fifi is shocked to hear that Beast has allowed Belle to leave the castle. 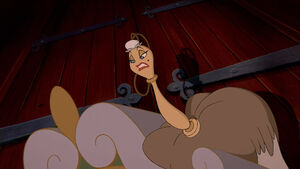 Fifi panicking when a group of villagers has come to invade the castle. 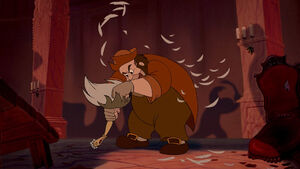 Fifi getting her feathers plucked by one of Gaston's buddies. 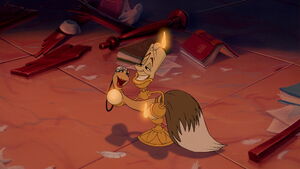 Fifi in Lumière's arms after being rescued by him. 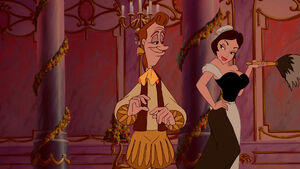 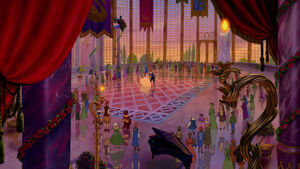 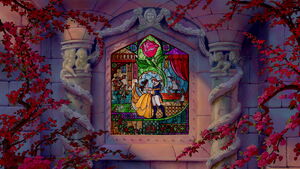