Fio Piccolo is one of the main protagonists in the 1992 animated Studio Ghibli film, Porco Rosso. She is Mr. Piccolo's granddaughter.

Fio Piccolo is often seen as a smart, friendly young aircraft designer. She is about to leave the United States recently to helped her grandfather's company Piccolo S.P.A deal with the Great Depression.

After convincing Marco Pagot to repair his machine Savoia S.21, Fio always favored and benefited others, thus began to fix the aircraft due to her good-hearted and intelligent. Meanwhile, Fio immediately went to the beach to swimming, but casually with Marco to say the best and they repeatedly thought it would be easier to accept further efforts.

When Fio receives them in an ordinary place, Mark and his one-on-one battle in air combat, she was almost handed over to Donald Curtis. At the end, she become a good friend with Gina and took over the company, but they are being able to keep their work in a row. 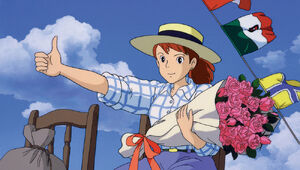 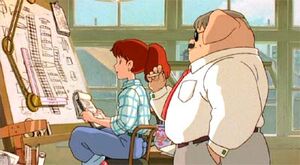 Fio discussing Porco about the design for his plane. 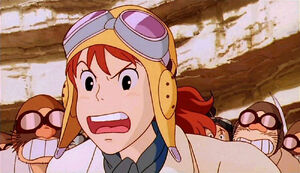 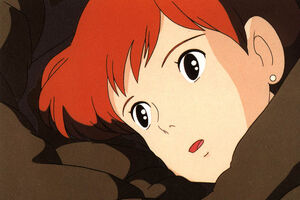 Fio noticing that Porco has turned into a Human.
Add a photo to this gallery

Retrieved from "https://hero.fandom.com/wiki/Fio_Piccolo?oldid=2167501"
Community content is available under CC-BY-SA unless otherwise noted.