Firebrand or Red Arremer depending on region

To defeat evil usurpers and restore order and justice. (as it applies to a world of demons)

Adaptational Heroism
On & Off

Firebrand (Originally Red Arremer in Japan) is the protagonist of the classic platforming series Gargoyle's Quest by Capcom, spanning from the original on Gameboy, its sequel for the Nintendo Entertainment System, and the 16 bit successor Demon's Crest (also known as Demon's Blazon in Japan) for the Super Nintendo Entertainment System. Firebrand is an anti hero, a tough and fierce demon himself, on a quest to prevent evil demons from dominating the underworld.

Firebrand is a bright, crimson gargoyle with a slightly elongated snout. He has a set of functional wings protruding from his shoulder blades which are indigo/black in color. Though he was portrayed as green on the box-art for the original title on Gameboy, it has been established through later color titles that Firebrand is, and was meant to be red.

His clothing varies from game to game, from a chest plate and cod piece in the original title, to no clothes in Demon's Crest, (censorship is not an issue, as the character lacks any visible genitalia) though this wardrobe change can be explained by the fact that he is stripped of his rank and post and set to be executed as part of a gladiatorial game at the beginning.

He has taloned feet, with four taloned toes on each foot. In Demon's Crest, he has black iron shackles on his wrists and ankles, likely as souvenirs from his imprisonment. He can transform into alternate forms in Demon's Crest by calling on the power of mystical crests that he attains be destroying powerful monsters with the crests in their possession.

Firebrand's heroism spans the course of three games. In the original 2 games Firebrand is a soldier for king Darkoan, the ruler of the Ghoul realm. The king has been imprisoned by King Breager, an insidious upriser to the throne, who plans to become his era's king of destruction. Firebrand journeys across the land, destroying evil monsters, lifting curses, and restoring order to the land. He eventually recieves the title of Red Blaze, after defeating Rushifell, his rival for the title. Once Firebrand has taken the legendary title, he is able to confront and kill Breager, restoring Darkoan as lord regent of the ghoul realm, and saving the land from tyranny.

In the third installment, Firebrand is in the midst of a civil war over six magical Crests, supposed to grant great power by the holder. Possibly due to wanting to end the war (shown in manual), Firbrand possesses all the Crests at the start of the game after defeating a dragon called Somulo, but due to his wounds, Phalanx, a fellow demon, attacks Firebrand, who begs for mercy. Using all the Crests, Phalanx sets fire to the Demon Realm, frames Firebrand for it, and begins summoning the Crest of Infinity, proclaiming himself ruler of the Demon Realm, and eventually the Human Realm, and destroyed the Fire Crest and scattered most of the others.

Cut to 1000 years later, where Firebrand has been kept prisoner in a colluseum. A revived Somulo is finally sent to finish Firebrand off-somehow, Firebrand got his claws onto a shard of the broken Fire Crest. Breaking free from the colluseum's clutches, he travels the land on a mission for revenge against Phalanx. He meets Phalanx's top general, Arma, who is in possession of one of the Crests. Firebrand duels him many times throughout the game, and Arma can start to respect Firebrand.

Projectiles Firebrand is capable of spitting fireballs in every game, as well as more powerful energy breath attacks which are capable of breaking through solid stone, ice, and other obstacles. In the first series, the form of Firebrand's projectile breath attack is dependent on what magical talisman he is equipped with. Being unequipped will revert Firebrand to his standard fireball attack, but this attack may also be strengthened by purchasing power up items.

Climbing Firebrand's powerful claws allow him to grasp tight to any surface. This combined with his ability to fly allows Firebrand to scale seemingly unsurmountable structures, from massive towers, to perilous mountains.

Headbutting In Demon's Crest, Firebrand gains the ability to use a headbutt powerful enough to shatter stone. This is not used as an attack, but as a means of destroying obstacles and gaining valuables that may be hidden inside. 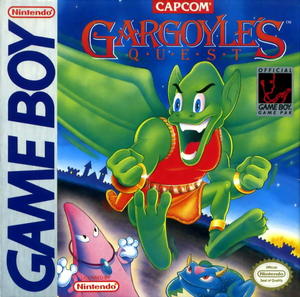 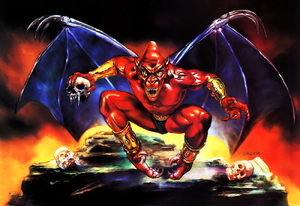 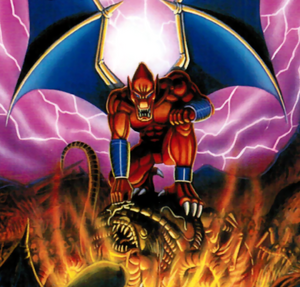 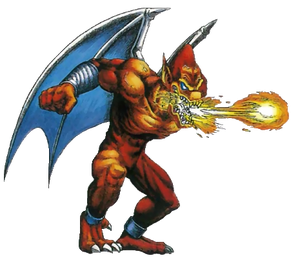 Firebrand spitting out a fireball 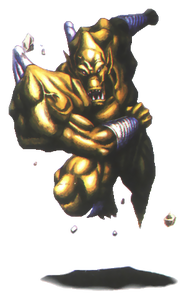 Firebrand in his Earth Gargoyle form 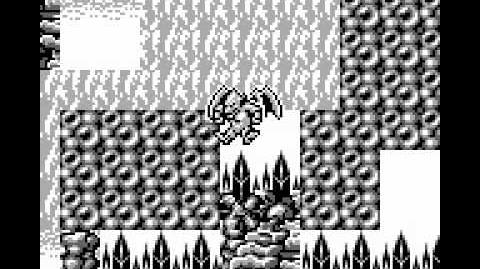 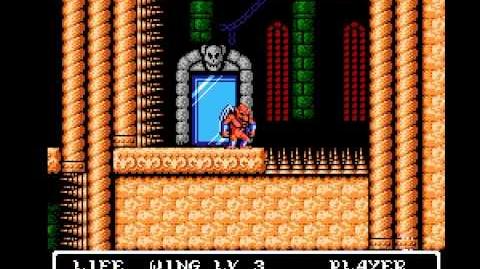 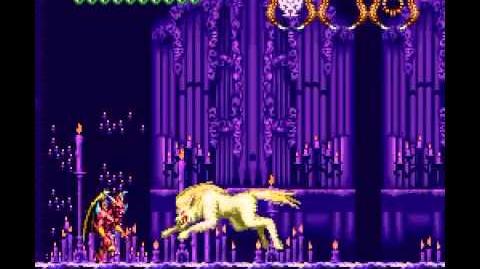 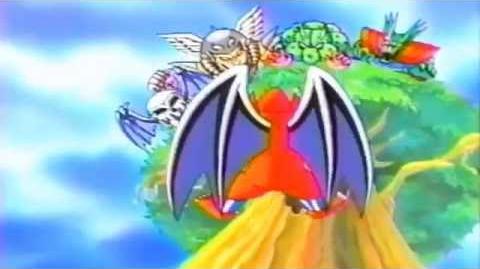 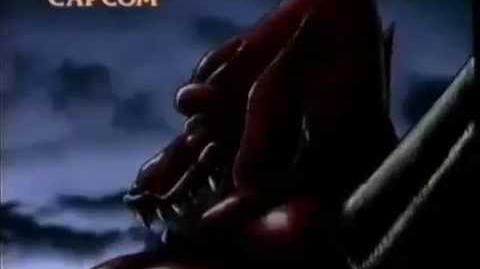