Firestorm, also known as The Nuclear Man is a superhero in the DC Comics Universe. In most incarnations, Firestorm is a fusion of two people: Ronnie Raymond, a highschool student and Martin Stein, a Noble prize winning professor in which a nuclear accident gave them superpowers, eventually becoming Firestorm.

Firestorm made his debut in 1978, and was created by Gerry Conway and Al Milgrom.

The first Firestorm was high schooler Ronnie Raymond, who, due to being in the witness protection program with his father, constantly had to move around, until they finally settled down in New York. It was on his first day at his new school that Ronnie found a love interest in Doreen Day...and the hostility of nerd bully/future megavillain Cliff Carmichael. Believing he needed to get more involved to win over Doreen, Ronnie joined what he thought was a protest group, which in reality was a terrorist group that was planning to destroy an experimental reactor.

However, Prof. Stein, the reactor's creator, was still at the plant, having defied an injunction filed by his greedy ex-assistant, Danton Black, and was knocked out by the terrorists. As the reactor reached critical mass, Ronnie attemtped to save the professor, but was too little, too late to do so. But, in true megahero origin fashion, Ronnie didn't die; instead he and Stein were merged into a single, flameheaded being, with Ronnie acting as the body, and Stein as a conscience. As Firestorm, Ronnie had many adventures, and became a member of the Justice League.

But when Stein was given the Firestorm powers to be the new Fire Elemental of Nature, Ronnie went on to live a normal life...then learned his time as the Flameheaded Fury had given him leukimia. Stein returned to Earth, cured Ronnie, and relinquished the Firestorm powers to his friend. Once more a megahero, Ronnie became a member of the Justice League spin-off group, Extreme Justice, and the Heroes For Hire-style Power Company before returning to the Justice League...and dying when he was stabbed by the Shadow Thief. Ronnie was among the twelve heroes to be returned to life after the Blackest Night.

As Firestorm, both Ronnie and Jason have the following powers

Jason also had a power called Quark Vision, which enabled him to see molecular structures. 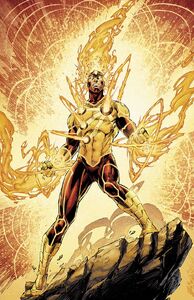 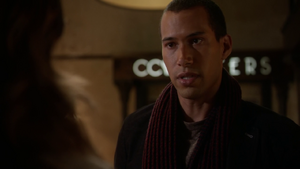 Jason Rusch in The Flash 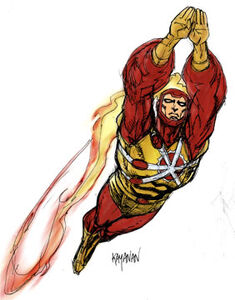 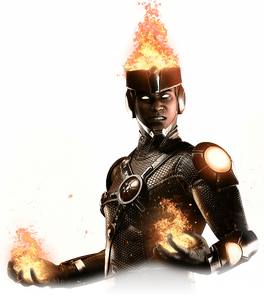 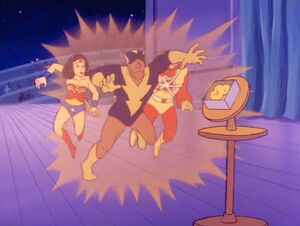 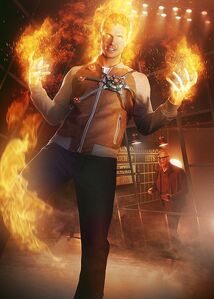 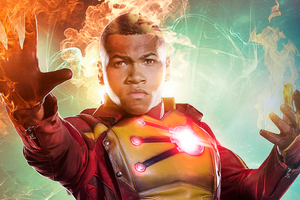 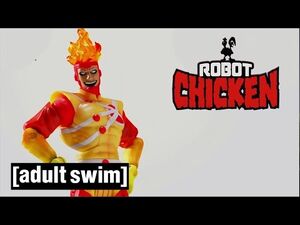 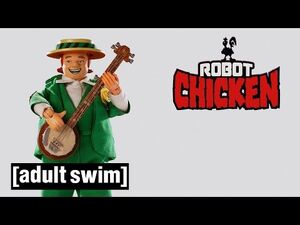