Vigilante
Firo Prochainezo is one of the main protagonists in the light novel and anime series. He was a gangster and a member of the Martillo-family in Manhattan during the ninteen-thirties. He is the boyfriend and eventual husband of Ennis and the childhood friend of Claire Stanfield.

He is voiced by Hiroyuki Yoshino in the Japanese version of the anime and Todd Haberkorn who is best known for voicing as Death the Kid, Kimihiro Watanuki, Ling Yao, Keroro, Shikadai Nara, Natsu Dragneel in the English version.

Firo is a short, well-built boy in his teens. He has light-brown, ragged hair and brown eyes, wears a green fedora, coat and pants with suspenders, and has a white shirt underneath.

When Firo spends time with his friends in the Martillo-family, he appears as very likable, charming, innocent and happy-go-lucky. This appealing attitude has given him many associates, both in his own organization and in others. Even in combat, he seems very relaxed and fearless. However, he can also be rather serious and determined, claiming that he is willing to do anything to please his superiors. A trait motivated by his admiration for his fellow gang-member and mentor, Maiza Avaro.

With this being said, Firo is the opposite of a stereotypical gangster. He commonly helps other people simply because he feels like it, and despises those who takes violence and domination too far. He also has strong opinions regarding family, believing that a parent should never control their child by force. This motivated him into helping Ennis the homunculi to oppose her abusive father Szilard Quates. Ennis later became Firo's girlfriend and eventually his wife.

Firo is a dangerous combatant, using his speed and agility to his advantage. He is extremely skilled with a knife, but can easily take out four adult men unarmed using martial arts.

After drinking a serum that made him an immortal, Firo gained the ability to recover from any injury, no matter how devastating. He doesn't necessarily need to eat, drink or breath to survice. He also doesn't age. If he can place his right hand on their head he can absorb other immortals  a power he used to devour Szilard Quates thus gain his knowledge and intelligence.

The serum means he must use his true name when consulting with other immortals. 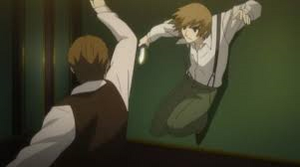 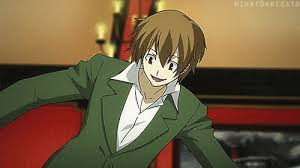 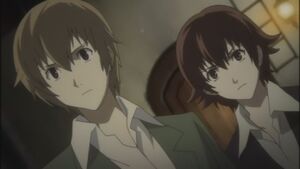 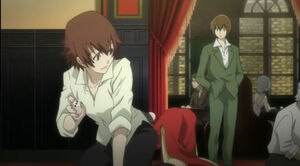 Add a photo to this gallery
Retrieved from "https://hero.fandom.com/wiki/Firo_Prochainezo?oldid=1696481"
Community content is available under CC-BY-SA unless otherwise noted.