Monster Slayers
Fluffy is one of a supporting character of Bunnicula. She is a vampire hunter that wants to kill Bunnicula at any cost.

She is voiced by Sumalee Montano.

She is black and brown dog. She wears red collar.

She hate Bunnicula and supernaturals being at first.

She is strict and serious. She accept Bunnicula as friends. 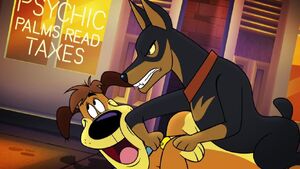 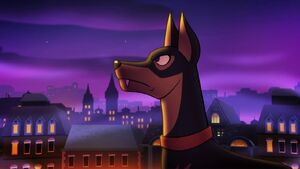 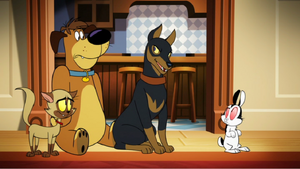 Retrieved from "https://hero.fandom.com/wiki/Fluffy_(Bunnicula)?oldid=2004993"
Community content is available under CC-BY-SA unless otherwise noted.