Heroes Wiki
Register
Don't have an account?
Sign In
Advertisement
in: Comic Book Heroes, In Love, Anthropomorphic,
and 34 more

Bone Creature (by the Rat Creatures)

Fone Bone is a bone creature and the main protagonist of the Bone series, as well as a mentioned character in Quest for the Spark. He has at least four cousins, two of which he grew up with. He is the smartest and bravest out of the three that appeared in the books.

Fone Bone is a person who never really strays from his goals. Often putting others above himself, Fone Bone is on edge with Phoney for the opposing personalities.

Fone Bone is the second shortest of the cousins. Unlike his two cousins, he doesn't wear any clothes, but Fone Bone is usually seen carrying a knapsack which holds various items. Like all bones, Fone Bone has eyebrows that can change shape based upon his emotions.

As shown in "The Great Cow Race", Fone Bone is actually very strong for his size.

In "Treasure Hunters", he wears a dull red pointed hat and a beige hooded robe as a disguise while in the market. This disguise was presumably shredded into pieces when he and Thorn were captured by the Vedu. 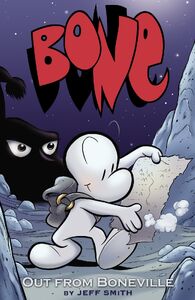 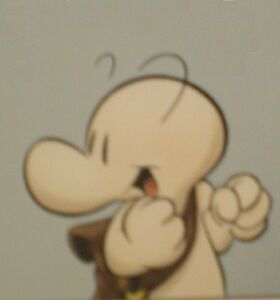 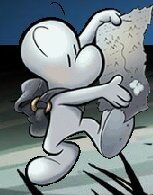 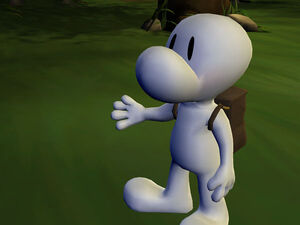 Fone Bone as he appears in the first Bone game, Out From Boneville 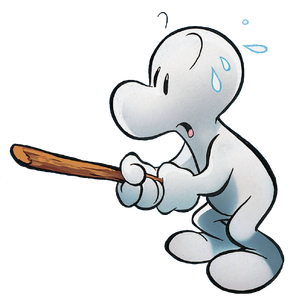 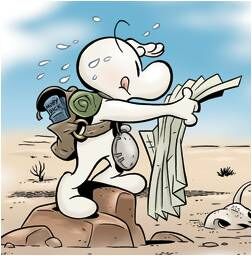 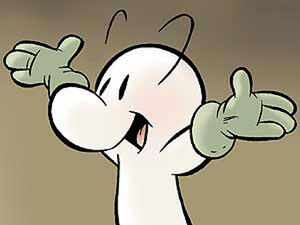