Foodimals is an organization of plant/animal hybrids consumed of food. There are tons of species found in the jungle.

Cloudy With a Chance of Meatballs 2

When Flint thought he saw a flamingo, Sam says that the flamingo's appearance is consumed of mangos and is called "Flamango". Some Foodimals can be annoying and also dangerous to Flint's group. The living food and Foodimals were later captured by Chester V and saved by Flint Lockwood. One of them (Cheesespider) ate Chester V and the Foodimals and living food produced babies. They later rejoiced in the end credits. 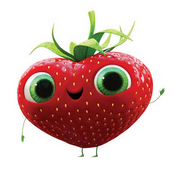 Barry, one of the food people that befriends Flint Lockwood and Sam Sparks 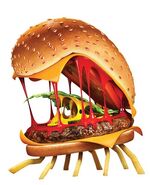 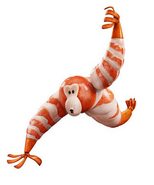 Tacodile Supreme
Add a photo to this gallery
Retrieved from "https://hero.fandom.com/wiki/Foodimals?oldid=1757851"
Community content is available under CC-BY-SA unless otherwise noted.