Forager is a Bug, sometimes called demon, and hero from the DC Universe. He is considered a low life by the Gods of New Genesis, but eventually becomes an ally to the New Gods and later Justice League.

Forager was from a race of low-evolutionary species called Bugs that was born on New Genesis during their war with Apokolips. Forager lived beneath the surface of New Genesis in catacombs that were below the golden shining city of Supertown, and because of the differences the Gods often treated the bugs with little integrity or respect. However despite the stigma, they were not mistreated or subjugated like the Lowlies of Apokalips.

When Mantis, an agent of Darkseid, attacked the bug society, Forager was sent by the elders to enlist the gods help. Orion and Lightray were sent by Highfather and together all three prevented the massacre on the bugs. Forager later proved himself and became a worthy ally to the gods and joined the fight against the forces of Darkseid and Apokolips.

Eventually, Forager helped Earth and the Justice League but lost his life saving Batman's and prevented the Earth's destruction from the powerful source of the Anti-Life Equation. Forager was mourned by his people and the gods and Orion returned his body to his colony by Highfather's decree, and slowly came to respect him and his people and was finally considered a friend. 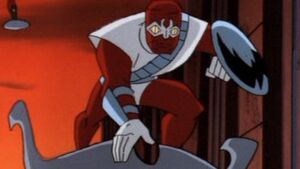 Forager in Superman: The Animated Series 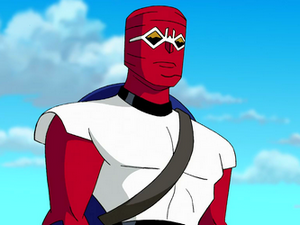 Forager in Justice League
Add a photo to this gallery
Retrieved from "https://hero.fandom.com/wiki/Forager?oldid=1796922"
Community content is available under CC-BY-SA unless otherwise noted.