Forge, real name unknown, is a mutant in Marvel comics and a member of S.H.I.E.L.D., The X-Men and X-Force. Forge has both magical powers to summon spirits and demons; a power-set he avoids using in nearly all scenarios; and the mutant ability to understand and create mechanical designs.

Forge was born to a native Cheyenne tribe and received training as a shaman from a young age by his tribesman Naze. When his mutant powers began to manifest as a teenager Naze considered Forge to be unnatural and discontinued his training. Though Naze was somewhat fearful of Forge being a mutant in general his main reason for discontinuing his training was that he viewed Forge as becoming too powerful with both mutant and magical owes at his disposal. Forge was noticed by S.H.I.E.L.D. and offered a spot on their forces to use his powers however Forge refused the initial offer. Forge enrolled in the military during the Vietnam conflict and ended up leading a platoon of man. Forge showed mercy on one of the captured prisoners and shortly after his team was wiped out. Forged blamed himself for the situation and in a fit of rage used his Shaman powers and the blood of his fallen comrades to summon demons as his new squad.

For the remained of his service, Forge's magical squad wiped out all foes in front of them. When the conflict ended and Forge and his troops needed to leave the demons refused, wishing for continued blood shed. Forge tried to dissuaded them but his commands would fall upon deaf ears. Forge was forced to call in an air-strike on his locations destroying the demons to prevent them from further damage. The air-strike wipe-out the demonic troops but would cost forge his right leg and hand. Forge swore from that point on to never use his magical abilities again and instead focused on his mutant powers.

As Forge would come to understand his mutant abilities allowed him to understand "mechanical energy" a universal principle that influenced sentient minds to become inventors. Forge used his understanding of fundamental mechanical principles to invent, repair and analyze various devices and weapons. Forge made himself a set of cybernetic limbs and created weapons of various types, guns being is favorite. Forge worked as an entrepreneur for several ears after the Vietnam conflict.

Forge was a regular contact for Tony Stark, Hawkeye and Nick Fury. Forge would eventually be approached by the X-men to join, Forge joined eventually, though he claimed he never wanted to lose control of his mutant powers like he did his magical ones in truth he was also interested in the X-Men member Storm, whom he would have a continued on and off romantic relationship with. Over the years Forge would take S.H.I.E.L.D. up on their offer and joined as a full agent. He would become a key member of X-Force as well.

Forge was the main contact for the Mutant, Bishop. Bishop was from a future where Mutants were oppressed by Sentinels and World's governments had become enslaved to the Sentinels due to giving them too much lee-way to round-up mutants. Forge invented a time-machine that allowed Bishop to make visits to the past to prevent certain historically significant moments that lead to their era and return. Each trip altered the futures but still resulted in some great tragedy, the nature of it merely changed.

When Forge was killed during one of the trips, Bishop became stranded in the past trying to fix events and though sad to lose his home-time he was still content to be on the front-line of an era that would be pivotal to preventing a distopia. Bishop contacted and became friends with present-day Forge and the two continued to try to work together to prevent Bishop's present from becoming the world's future. 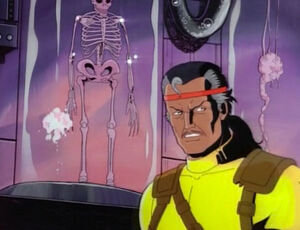 Forge in X-Men: The Animated Series 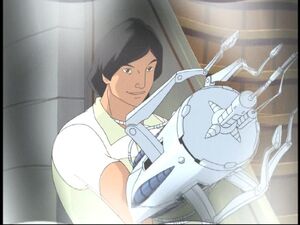 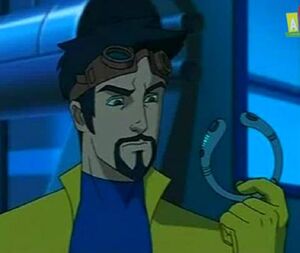 Forge in Wolverine and the X-Men 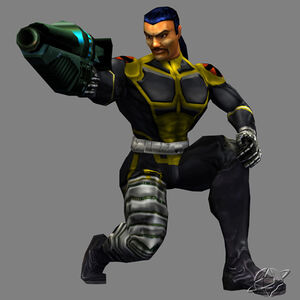 Forge in X-Men Next Dimension 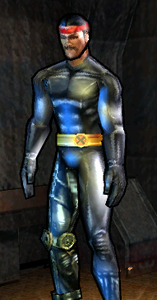