Note: This is the Reboot version of Four Arms, For his Prime Counterpart, See Here 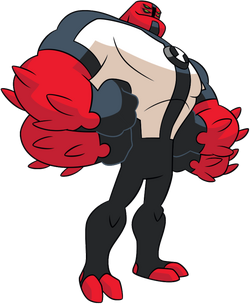 Four Arms is one of Ben Tennyson's Alien Egos from Ben 10 Reboot.

He is voiced by John DiMaggio.

His appearance is similar to his Ben 10,000 incarnation, but his gloves now cover his entire hand.

He is one of Ben Tennysons strongest alliens. Hes used him to fight Vilgax Kevin Levin Zomboso and many other threats. Even Gwen finds him very helpful. 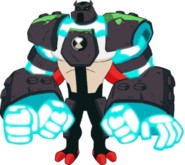 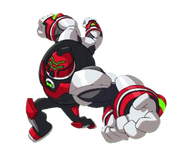 Omni-Kix Four Arms
Add a photo to this gallery

Retrieved from "https://hero.fandom.com/wiki/Four_Arms_(2016_series)?oldid=2065542"
Community content is available under CC-BY-SA unless otherwise noted.