Heroes Wiki
Register
Don't have an account?
Sign In
Advertisement
in: The King of Fighters Heroes, Female, Grey Zone,
and 45 more

Foxy (The King of Fighters)

She was voiced by Haruna Ikezawa in Japanese.

Foxy is a loyal agent of NESTS who was ordered with her colleague, Diana, to observe the product of the Anti-K' project: Kula Diamond. They were sent off to eliminate the regenade agent, Zero, as he was considered a liability to their organization.

After their success, Foxy was ordered by her supervisors to participate the next tournament with Kula and two other untrusted agents, K9999 and Angel, unfortunately she was heavily injured by the two of them.

After she realizes that the original president of NESTS was murdered by Igniz, she have dissolves her loyalties to the NESTS cartel and joins Diana in becoming an independent party.

However, the good aspect about her is that she sees Kula as a daughter. 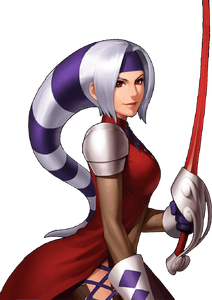 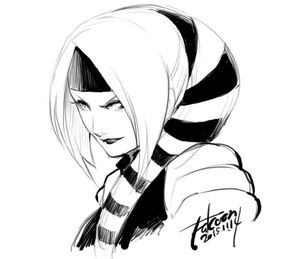 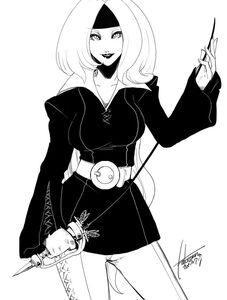 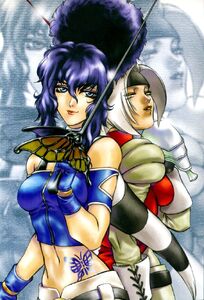 The King of Fighters 2000 ～ICICLE DOLL～: Illustration by Kotomi Tobashi. 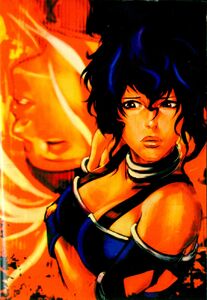 The King of Fighters 2001 ～MORE THAN HUMAN～: Illustration by Hiroaki. 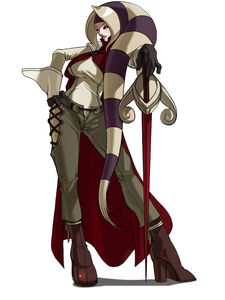 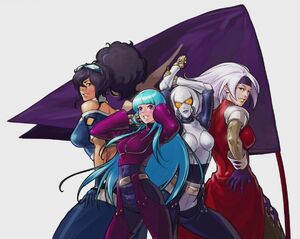 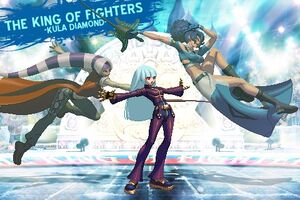