Survival
Immune to the virus

Francis is one of the four playable Survivors in Left 4 Dead. He is a tough biker with tattoos covering his arms and neck. His tattoos identify him as a member of "Hell's Legion," a name possibly inspired by the real-world Hell's Angels Motorcycle Club. In official media, he can usually be seen wielding either the Pump Shotgun or the Auto Shotgun.

Francis, along with Zoey and Louis, appears in Left 4 Dead 2 in the downloadable campaign The Passing as they meet with the Left 4 Dead 2 Survivors. Nick and Francis bicker with each other a lot due to their brash natures, although Rochelle finds herself strangely attracted to him.

Francis is voiced by Vince Valenzuela and his facial features are modelled after Taylor Knox.

At one point, Francis was employed by the shipping company Hersch but was presumably fired after assaulting a man.

Francis attempted to steal a flat-screen television two days after first Infection. When he is caught, his claim that he is a cop gathering evidence for a crime is not taken seriously. He is next shown in a bar boasting to his friends about why he is going to jail. When one of his friends reveals to him that Pennsylvania jails do not allow conjugal visits, Francis' presumed girlfriend Sandra then says "better not waste anymore time" and grabs Francis' arm and pulls him into the bar's back room. Francis and Sandra begin kissing in the back room when she gets sick on his vest. He almost leaves, but she convinces him to stay and then promptly bites him. She is about to attack him when Francis's paranoid friend, Duke, shoots her. Realizing that this is no ordinary flu and that most people cannot be considered human anymore, Francis realizes the possibilities of the lawlessness the outbreak has brought, and has Duke and Danny lug a jukebox to the roof where he grabs a shotgun to begin picking off Infected one by one with Duke, Danny and a few other barmates.

It is unknown what had happened to his friends, but it is most probable that he either left them or they weren't immune or carriers and succumbed to the flu at one point of time before Francis had joined the group. In the Sacrifice, Francis admits to Zoey that he finds his old friends more fun to be with during the apocalypse but would not have lasted two weeks if he hadn't met the group.

Francis is notable for often contextually proclaiming how he hates something. Why Francis hates almost everything is unknown, but it can be assumed that it has something to do with his past of being an outlaw, or perhaps just a personality quirk added for comic relief. Among the things Francis hates includes the following.

One of the few things he doesn't hate on the other hand is vests. This is revealed when Bill asks him about if there is anything he "doesn't hate". He also loves lasagna. 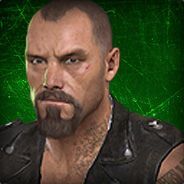 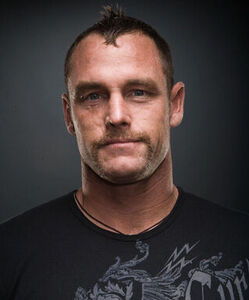