Lieutenant Frank Bullitt is a SFPD police officer, protagonist in the film, Bullitt and is played by Steve McQueen.

Bullitt is assigned on behalf of city prosecutor Walter Chalmers (a humorless Robert Vaughn) to protect an important police witness in an investigation of the mob. The witness flies in from Chicago and is taken to a safe house. When mob hitmen blow the witness away, Bullitt comes under attack himself in a thrilling car chase that traverses the length and breadth of the city, and beyond.

Bullitt is an middle-aged man who wears a brown jacket and blue sweater.

Bullitt is very dedicated for his job as a SFPD police officer. Likewise, he cares for his charges as he wants to do good and bring justice for mankind. 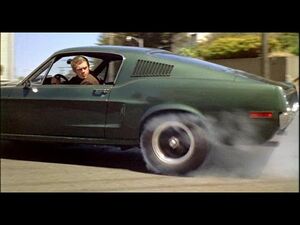