Elderly Hero
Frank Sunderland is the tritagonist in Silent Hill 4: The Room. and the superintendent of Henry's apartment building, South Ashfield Heights, and the father of James Sunderland.

Prior to the game's events, he discovered a baby in Room 302 and gave him to the nearby St. Jerome's Hospital. Frank suspected that the baby's parents may have had financial troubles or had gotten themselves into danger. He kept the baby's umbilical cord in his room for over 34 years because he felt that it was too precious to throw out. Frank wrote of this in his diary.

A few years later, Frank would often see a little boy coming to Room 302 to visit his "mother", but the boy eventually stopped.

About a couple decades later, Frank witnessed a man wearing a coat hanging around Room 302, and confirmed there were signs of someone having been in there. Frank began to have dreams of the man crying and calling for his mother.

Frank makes an effort to investigate what is going on in Henry's room during the game, but is unable to open the door or otherwise enter the room, much to Eileen Galvin's disappointment. Henry's mysterious absence reminds Frank of Joseph Schreiber's disappearance.

When Henry and Eileen traverse into Walter's Otherworlds, they enter Frank's room and Henry takes Walter's umbilical cord, which he uses to defeat the final boss.

In the "21 Sacraments" ending, Frank is reportedly found dead in South Ashfield Height apartments, along with five unnamed police officers. This is possibly the work of Walter, but his motive for these murders is unknown. In the other alternative endings, it is assumed Frank is still alive and well. 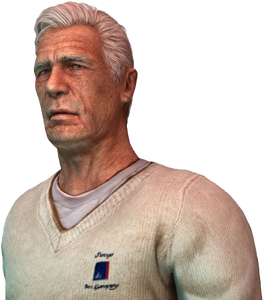 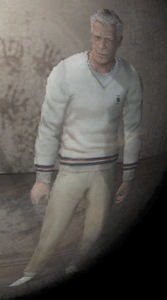 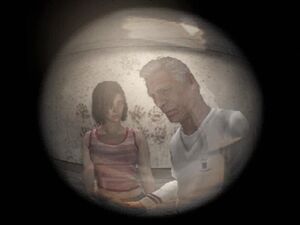 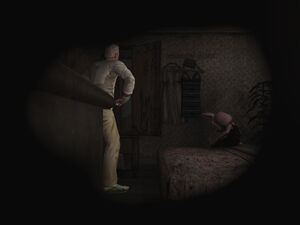 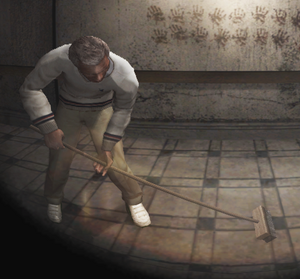 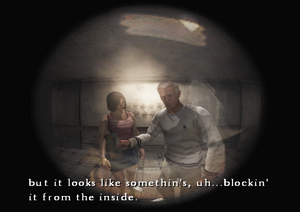 Eileen and Frank holding a note for Henry.
Community content is available under CC-BY-SA unless otherwise noted.