Hanging out with Antonio.

Supporter
Frazer is a minor character in the 2007 animated film, Barbie as The Island Princess. He is the best friend of Prince Antonio.

He was voiced by Garry Chalk, who also voiced Baker in Barbie of Swan Lake.

On the one trips, Frazer is about to travel with Antonio on a vessel. While the two men were lifting a ship, Antonio went directly after playing casually with golden sand. Even though Frazer should follow him to several places, they are later meeting Rosella, a young woman with amnesia, and her animal friends, including Azul, Sagi, and Tika. When Antonio used a telescope to shine on nature's plants, Frazer accidentally bumped into him while he reading a book as the two of them fell into the cliff and faced each other.

Unfortunately, they are encountered with the three crocodiles. Rosella eventually comes to the river in the cliff, helping Frazer and Antonio to make the three crocodiles, who were almost approaching and attacking them go away. The two need to thank her for her help. Antonio and Rosella search the chests together, Azul, Sagi, and Tika look at them sneakily. Frazer was very happy to meets the three, he thought of knowing that Rosella is an orphan who had lose her father that being very loyal to the animals.

As now coming to the Apollonia, Frazer later cause Antonio to married Princess Luciana, who is a daughter of the evil Queen Ariana. Before arranging the wedding of Antonio and Luciana, Frazer and Ariana are walked around while discussing out. Frazer attends Antonio and Luciana's wedding, he could saw Sagi and Tika, who were going to saves Rosella's animal family, into the wedding room to helped Antonio and Rosella. They were should be knows that Ariana poisoned to the wedding foods with a malicious hearts.

This matter was confirmed by Antonio, Rosella, and Luciana, Sagi save a monkey Tallulah with an antidote. Frazer never thought of going against Ariana but decided to stayed with Luciana, Tallulah thanked on Rosella when she hugged with her due to the antidote was so effective that only saved the patient from poisoned. Rosella followed Tika to stop Ariana that they are lets her fall into the pig farm to be permanently covered in mire, Frazer joins with Luciana and Antonio's family to attended Antonio and Rosella's wedding. 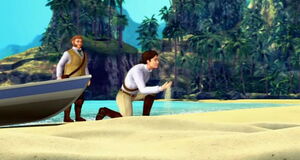 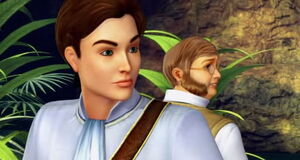 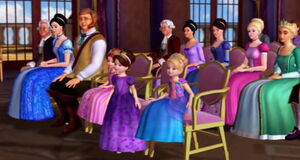 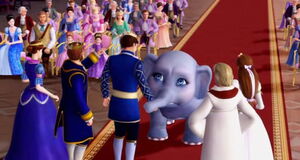 Retrieved from "https://hero.fandom.com/wiki/Frazer?oldid=1860189"
Community content is available under CC-BY-SA unless otherwise noted.