Hanging out with Manny

Sidekick
Frida Suarez is the deuteragonist and best friend to Manny from the Nickelodeon TV show, El Tigre. She and Manny hang out all the time. She is very loud and is part of a band group called the Atomic Sombros. She is very tomboyish.

Frida has light blue hair with red goggles on top of it, tawny skin color (yellowish brown), blue eyes, and she dresses in a punk goth style.

Frida shows up as a wild child; bordering the stereotype of an aspiring rock girl. She is also a tomboy, given the acts that she and Manny are prone to commit. However, Frida can also show different sides of her personality at times: She has the lack of thinking ideas or improvising in a flash (such as her Sartana Ballad in "Ballad of Frida Suarez"). Her most caring side of her personality is saved for Manny, puppies, small animals or Chui (in "Chupacabros!"). She is also capable of expressing great anger in many situations, usually driving her to revenge. Her anger usually gets her to want revenge; nevertheless, most of her anger and vengeful intentions target Zoe Aves for past reasons. Lastly, Frida also has a kind of romantic side, such as the very end of "Oso Sole Mio", where she exclaims sighing: "Isn't love lovely?" in a girly manner reminiscing to a girl with a crush. 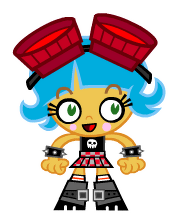 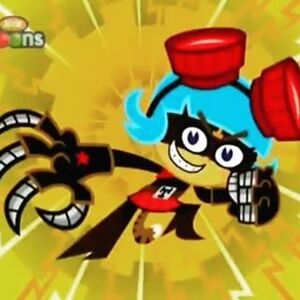 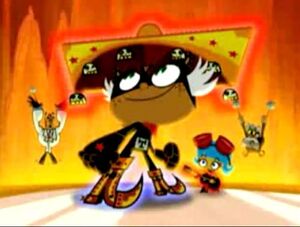 Retrieved from "https://hero.fandom.com/wiki/Frida_Suárez?oldid=2203514"
Community content is available under CC-BY-SA unless otherwise noted.