Friend Bear is one of the ten original Care Bear who first appeared on American Greetings greeting cards in September 1982, and has since made numerous appearances throughout the 1980's and 2000's Care Bears franchise.

If there's one thing Friend Bear knows, it's how to be a pal. She practically wrote the book on companionship, and knows that there's no greater gift in the world than a good buddy to share all of life's ups and downs. She's willing to stand beside anyone who needs a companion, consort, partner, sidekick, or just plain acquaintance. She's the social butterfly of the Care Bear team, and with her around, you're never in danger of being alone. In the original series, she is often seen with Secret Bear, and is one the few bears who can interpret her pantomimes. 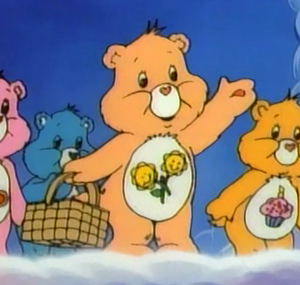 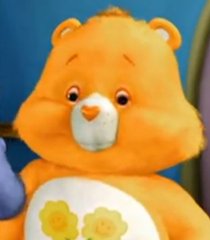 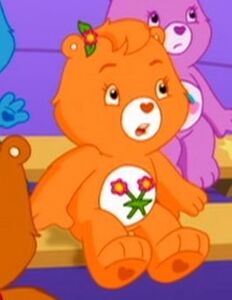 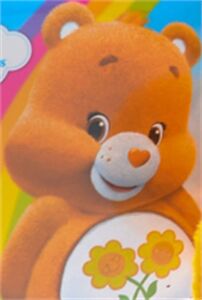 Friend Bear from Care Bears: Welcome to Care-a-Lot
Add a photo to this gallery

Retrieved from "https://hero.fandom.com/wiki/Friend_Bear?oldid=1531663"
Community content is available under CC-BY-SA unless otherwise noted.