He was voiced by late Bill Capizzi in Digimon Adventure.

Tai and Agumon were the first to encounter this Digimon looking like a snowman. They released him from the influence of the Black Gear that was in his back. From gratefulness, Frigimon helped them reach one of the other pieces of File Island where the other children were.

Digimon Emperor uses them as slaves in an attempt to protect his newest Control Spire in the polar region of Digiworld. Of course, they have little chance against Flamedramon flames. 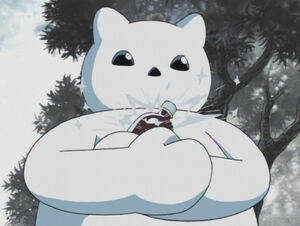 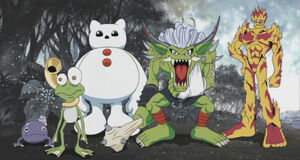