Get to the North Pole (succeeded)

Frosty the Snowman is a snowman brought to life by Professor Hinkle's magical top hat and the titular protagonist of the classic 1969 Rankin/Bass film of the same name. In the Rankin/Bass specials, he was voiced by the late Jackie Vernon.

In "Frosty the Snowman", he meets Karen and her classmates and she takes her to the North Pole when he gets hot. In "Frosty's Winter Wonderland", he gets lonely and later gets married Crystal. In "Rudolph & Frosty's Christmas in July", Winterbolt gives Frosty's family magic amulets to keep them from melting until the Fourth of July so that Frosty and Rudolph can help Lilly's circus and Milton can marry his girlfriend on the high-wire, and Santa will use his sleigh to make sure everybody gets back to the North Pole in time. In "Frosty Returns" (in which he is voiced by John Goodman) as the titular deuteragonist, Holly has to keep Frosty from melting, and convince everybody that snow's actually a good thing. And his latest special appearance is The Legend of Frosty the Snowman (in which he is voiced by Bill Fagerbakke, who did Patrick Star playing Frosty's role in a sort of way).

Frosty is playful, curious, clumsy, and lucky to everyone. 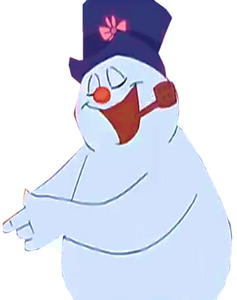 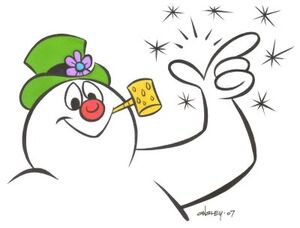 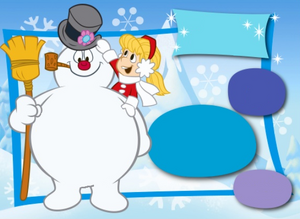 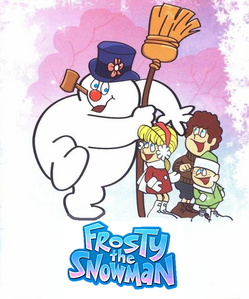 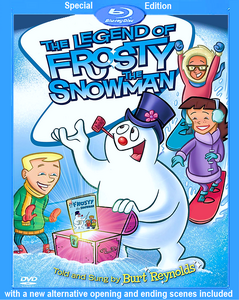 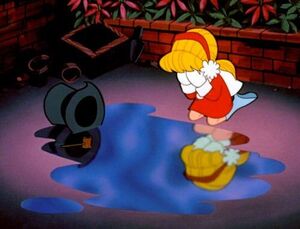 A heartbroken Karen mourning Frosty after he melts. 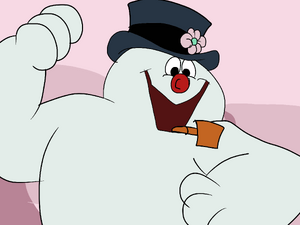