Frylock is one of the main protagonists of Aqua Teen Hunger Force. He is an anthropomorphic pack of french fries with a gray goatee and is extremely intelligent compared to his younger brother Master Shake and his youngest brother Meatwad. Master Shake think's he's the leader, though Frylock is the real leader of the trio.

He was voiced by Carey Means in most of his appearances and Matt Maiellaro in "Baffler Meal". He was portrayed by T-Pain in Last Last One Forever and Ever.

Frylock is a living box of french fries. His box is red with eyes, a mouth, and a goatee. He does not, however, possess a nose or visible ears. He also has a lightning bolt under his left eye. He doesn't have any arms or legs either. In place of his legs and arms, he levitates and uses his fries to grab things, type on keyboards, write on paper, make hand gestures, etc. He has a rarely seen gem on his back, which is hinted to be the source of his powers, as indicated in "Hoppy Bunny," yet contradicted by "Laser Lenses." 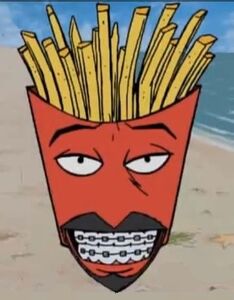 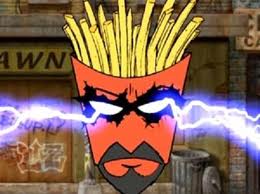 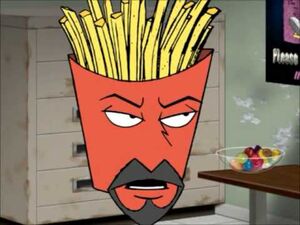 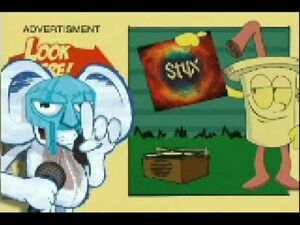