Fubuki (フブキ, Fubuki; Viz: Blizzard), also known by her hero alias Blizzard of Hell (地獄のフブキ, Jigoku no Fubuki; Viz: Hellish Blizzard), is a major protagonist  of the webcomic-turned anime/manga series One Punch Man. He is an esper, the younger sister of Tatsumaki and the leader of the B-Class hero group, "The Blizzard Group".

Fubuki seems to be a charismatic woman, as many of her group members respect and care for her and are willing to risk their lives for her. In return, she cares deeply for the Blizzard Group members, and relies heavily on them to advance in rank, despite her own talents in telekinesis.

Fubuki’s personality has overseen a massive change after meeting Saitama, who encouraged her to finally overcome her fears and weaknesses, and find her determination to become stronger and advance into A-Class. She dedicates her days to be fully committed to seeing her organization's continued improvement and well-being.

Like Tatsumaki, Fubuki is intelligent, yet unlike her sister, she is relatively more composed and level-headed, and is shown to possess good deduction skills. However, her strong ego has constantly led to her desperately seeking attention and assuming authority without earning it sometimes.

Fubuki is a beautiful woman, with a tall, slim and curvaceous figure, most noticeable from her large breasts and round, curvy rear. She styles a chin-length, dark green bob, and has light green eyes. She wears her long white fur coat draped over her dark green form-fitting dress, wearing thigh-high black boots, and occasionally wears several necklaces. Throughout the story arcs, she is seen to have changed outfits on occasions throughout the series.

Psychokinesis: As the younger of the two psychic sisters, Fubuki, just like Tatsumaki, possesses psychic powers, therefore making her one of the few heroes within the Hero Association that has supernatural abilities. Although not nearly as powerful as her sister Tatsumaki, Fubuki is a skilled esper. Even as a young girl, she was allegedly capable of moving a truck. She has displayed the ability to redirect an attack from a Disaster Level Dragon Mysterious Being, although she was visibly exhausted afterwards and claimed not to be able to do it again. Unlike most espers, Fubuki has developed the ability to control the trajectory of her telekinetic signals, which generally travel in a straight line. Although this ability does not directly affect the power of her telekinesis, it allowed her to create a powerful defensive technique. Moreover, she is able to sense when her sister is nearby or using large amounts of psychic power. Fubuki's psychokinesis is strong enough for her to levitate in mid-air, or even fly at quick bursts when needed.

Master Psychic Combatant: Fubuki has been shown to mainly use her psychokinesis when engaged in combat, using graceful but also destructive techniques which includes throwing rocks, pebbles, and various other items at her target. With agile movement thanks to her power of flight, coupled with quick thinking for improvisation, Fubuki is also able to manipulate her surroundings to her advantage to impede or crush enemies. Similar to her sister Tatsumaki, a glowing aura surrounding her body is generated whenever Fubuki uses her powers. Through her constant research and quest for versatility and innovation, Fubuki has learned things that not even her sister knows about, such as that resistance to psychokinesis is directly linked to one's willpower. Despite her experience, she still lacks some control over her strength. There have been a couple instances where she worries that she might have overdone her attacks. 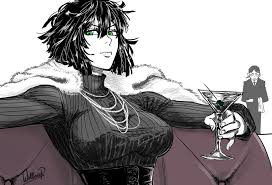 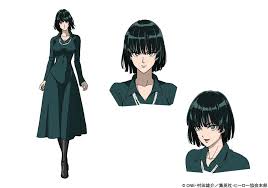 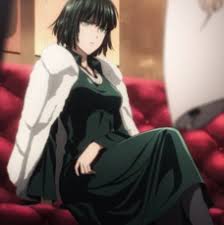 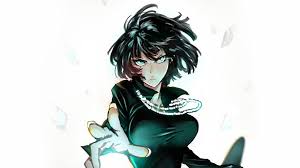 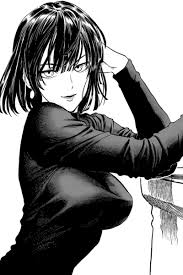 Add a photo to this gallery
Retrieved from "https://hero.fandom.com/wiki/Fubuki_(One_Punch_Man)?oldid=1722211"
Community content is available under CC-BY-SA unless otherwise noted.