Spending time with Raiden, the Elder Gods and his allies.

Aid Raiden in his quest to protect Earthrealm.
Return the Revenant heroes back to normal & rescue them from Netherrealm.
Help Special Forces protect Earthrealm.
Protect his new realm (he created in his MKA ending).
Help correct Raiden's mistakes.
Use the god-like powers of Blaze to restore the worlds & lives destroyed by Shao Kahn & lead new heroes.

Fujin (Japanese; 風神) is the god of wind and a hero from the Mortal Kombat series of fighting games.

After Raiden defeated Shinnok and stripped him of his amulet, he constructed a temple to house it and assigned Fujin as one of the temple's guardians. After the elder Sub-Zero set out to retrieve the amulet, he took on the god of wind, who was torn apart by one of his own tornados (but he survived).

After Shinnok's return, Fujin was one of the few gods of Earthrealm that survived and joined Raiden in battle with against the fallen Elder God. With the wind god's assistance, the fighters of Earthrealm emerged victorious against Shinnok. Afterwards, Fujin met with the Elder Gods and they revealed that he had a new task. Raiden appeared before the wind god and told him about his imminent ascension to the pantheon of the Elder Gods. A new protector of Earth needed to be selected and the thunder god chose Fujin, who swore not to fail at the task.

After Raiden's drastic change in mind, Fujin saw that, while he was still trying to protect Earthrealm, he had become far too ruthless and brutal. Now with Liu Kang's reanimated corpse fighting for him, the thunder god had made his zombie kill many innocent people for unknown reasons. Fujin joined forces with Kung Lao in the hope that they could find a way to free their two comrades together. The monk told the god of wind about Johnny Cage gathering the Forces of Light and the mentions of the two sons of Argus, Taven and Daegon. Fujin had been a friend of their family for a long time and had questioned Argus about the disappearances of the two. He realized the two demigods had been placed on a quest by their father, but evil had begun corrupting it. Fujin went out to find them in the hopes of holding back their progress, as well as find out the quest's true purpose. The wind god eventually confronted Taven in front of the Red Dragon Clan's hidden fortress. Fujin warned the demigod not to enter the fortress, even if it meant he would have to fight him. They battled, but Taven emerged the victor and continued on his journey though saddened that he had to fight a friend.

In Fujin's ending, Blaze's power flowing through him increased his power greatly. With this new power, the wind god created a new realm from the fragments of the ones destroyed by Shao Kahn. It would act as a new base for the Forces of Light and Fujin assigned Kung Lao as his new general.

In this timeline, Fujin and Raiden are revealed to be brothers, rather than just allies. As well as this, the events of Mythologies are referenced.

While Fujin doesn't appear in the game at this time, it is mentioned that the wind god disappeared when the past and future merged together. Frost reveals that Fujin disappeared because she kidnapped him and took him to Kronika. Fujin is kept as a prisoner to keep him from aiding Raiden. Kung Lao blames Raiden for this he believes that the thunder gods mistakes doomed and lead Fujin to his imprisonment. He appears in the DLC expansion: Aftermath and is also a playable character.

After Fire God Liu Kang defeated Kronika, Fujin, the past version of Nightwolf, and Shang Tsung escaped the Void they were imprisoned in. They revealed that as Kronika's crown was destroyed in the battle, history could not be restarted, with the agreed plan to steal the Crown before it was retrieved from Tsung's Island.

Being a god, Fujin is extremely powerful and a master fighter. He has power of all things related to wind and can

levitate by manipulating wind around him, send out small tornadoes to spin his opponent around, leaving them open to attack, levitate them and then slam them into the ground, and spin like a tornado to draw them towards him, then throw them away. Since he is a god, Fujin cannot ever truly die, though his mortal body can be destroyed. As his alternate weapon fighting style, he wields an enormous sword weapon called the Devastator. 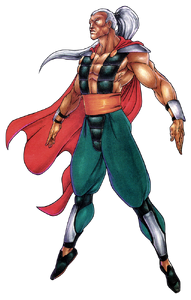 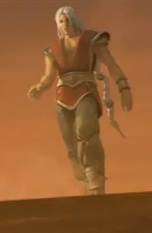 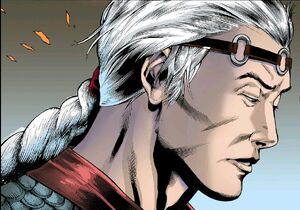 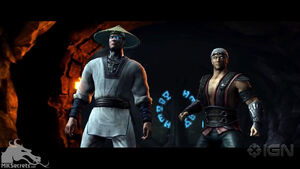 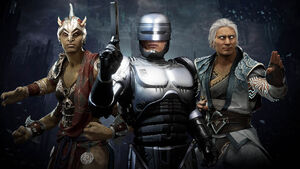 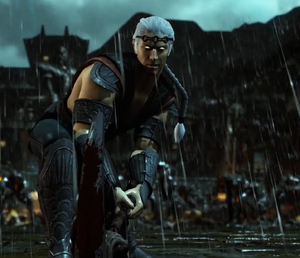 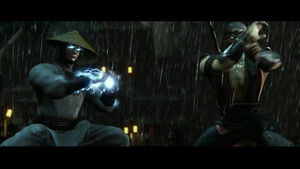 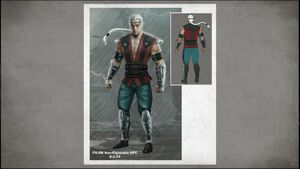 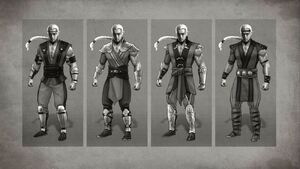 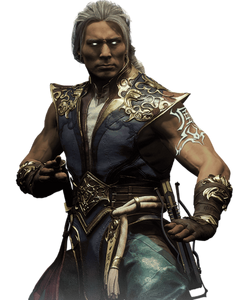 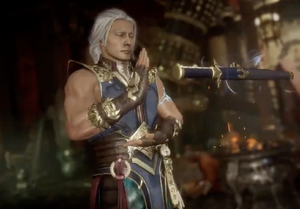 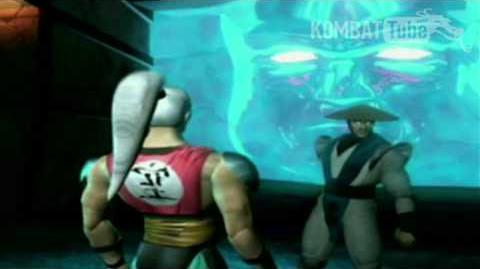 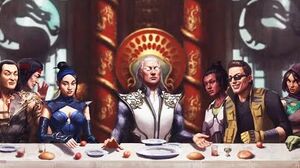