The History of Trunks

Survivor of a post-apocalyptic world
Mentor of Future Trunks

Future Gohan is the Future Timeline counterpart of Gohan who is seen in the TV special Dragon Ball Z: The History of Trunks and the episode "Ghosts of Tomorrow".

Far more serious and aggressive than his present timeline counterpart, Future Gohan is showcased as a 23-year-old man and is depicted as the mentor of Future Trunks. By all account Gohan had the same childhood, skills, and training as the mainstream universe version of him, until the appearance of the Androids. After father died from the heart virus and the murder of the Z-Fighters at the hands of Future Android 17 and Future Android 18 six months later, Gohan becomes Earth's last line of defense as Goku and the Z-Fighters die permanently due to the Dragon Balls being turned to stone as a result of Future Piccolo's death. Now a Super Saiyan, he spends the next thirteen years attempting to take down the Androids, all the while training Future Trunks in the hope that he may one day be able to defeat them.

Future Gohan appears as a tall, stern and muscular man. He also dons a uniform greatly resembling Goku's Turtle School Gi, and states that he is inspired to wear it in the hopes that he will one day be as strong as he was. In the original Japanese version, Gohan states that he made it so that he can be as strong as his father, while in the English dub, Gohan never explained where he got the Gi from. The only differences between his uniform and Goku's is that the sleeves are longer on his, his boots are dark blue with yellowish stripes on the bottom edges and without the line running in the middle of the boots from top to bottom, and he also wears his own kanji symbol on the back, Han, 飯. Bulma even states that Gohan looked strikingly similar to Goku when wearing this uniform. His hair is cut much shorter, somewhat resembling the haircut his present timeline counterpart had when fighting with Cell, only it was more grown into (because Future Gohan was a full-grown adult). He also has a scar that runs down the left side of his face, the after effect of an injury sustained during a battle with the Androids that also led to the loss of his left arm.

Due to the apocalyptic world that he spent the latter half of his life in, Future Gohan is shown being more serious and aggressive than his present timeline counterpart, but does retain his calm and joking nature, much like his deceased father. Future Gohan is shown to be in quite a bit of pain and stress after all the years of challenging the androids alone, and has a sort of "do or die" attitude.

However, he appears to hide it, let go and just enjoy life for what it is worth, most notably when telling Future Trunks to forget about becoming a Super Saiyan until he knows he is ready (in the anime special). Future Gohan also is incredibly close to Future Trunks, and appears to even consider him as his little brother. He also appears to be deeply angered by the deaths of his close friends, which is told out loud to Future Trunks by stating that he remembers back to how the androids killed Future Piccolo and Future Krillin while transforming into a Super Saiyan.

Although he once shared the same dream as his mainstream counterpart of becoming a scholar, due to the apocalyptic event that took place, Future Gohan presumably never went to school to fulfill that dream. It is assumed he spent all of his time training and pondering ways in which to stop the androids, making him a complete warrior instead of the scholar his present timeline counterpart becomes in late Dragon Ball Z, Dragon Ball Super and Dragon Ball GT. However, he is never able to receive the ample training with Goku like his present timeline counterpart does, and therefore, is never able to reach anywhere near his full potential, which leads to miserable defeats, and ultimately his death, against the Future Androids.

Future Gohan appears to share all the same traits and powers up until the arrival of the androids as his main-timeline counterpart. He has master Ki manipulation, is an expert martial artists and has super-strength. His ki manifests mostly in energy projects but also in flight. His preferred move is the Masenko - a scatter-shot energy blast, disburse at close range. He also knows the Makankosappo/Special Beam Cannon, taught to him by his mentor Piccolo. As a Saiyan, Gohan has a special biology, recovering from near death permanently increases his power exponentially, he has what would be considered super-human strength and durability, and his body stabilizes quickly once it receives even minor medical attention. Gohan used to have a tail, which allowed him to turn into the Oozaru/Great-Ape - a massive ape-like giant driven mostly by feral instinct, however his tail was removed at a young age by Piccolo to prevent him from destroying all around him during full moons, when the state is triggered automatically. Though losing his tail took with it one of the Sayan's greatest advantages, Gohan managed to learn how to transform into a Super Saiyan - a transformation nearly unheard of except in legend and thus dwarfing whatever he could have done as an Oozaru. 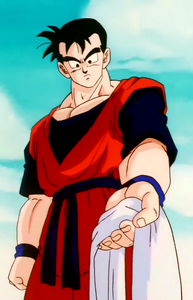 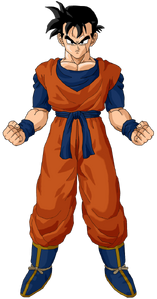 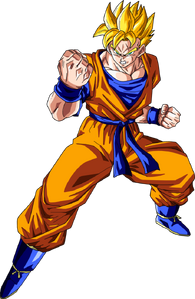 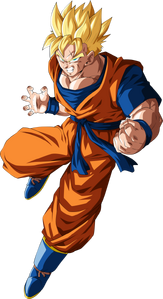 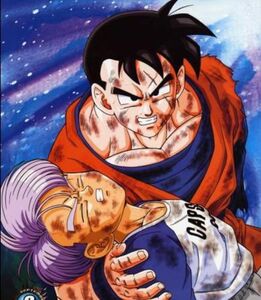 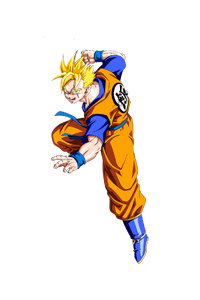