Fuuka Yamagishi is one of the main protagonists of the video game Persona 3. She is a junior student at Gekkoukan High School and a member of S.E.E.S., whom she joins after they rescue her from Tartarus. She serves as the group's mission control, a role initially held by Mitsuru Kirijo. Her initial Persona is Lucia and her Ultimate Persona is Juno.

Fuuka has short, teal-blue hair, and dark brownish-gray eyes (in the cutscene where she first summons Lucia, her eyes are teal green). She is the third shortest member of SEES and is usually seen with her right arm behind her back, holding her left arm.

During school and excursions into Tartarus, Fuuka wears her Gekkoukan High uniform with a teal green turtleneck that has flower patterns and white tights. On weekends and days off, she wears a black turtleneck underneath a light green poncho with a yellow flower pattern, a long faded jade-green skirt, black legging, and black slippers. She is usually seen wearing her turtleneck outfits, except during days off in the summer when she wears a bright aqua green sundress, the beach excursion in Yakushima, the Summer Festival where she wears her yukata, the brief school trip in Kyoto where she is wearing a bathrobe, and New Year's Day at the nearby Shrine where she wears her kimono.

In Persona 3 The Movie, she loses the floral patterns on her shirt.

After 2 years, Persona 4 Arena, she returns with her hair grown longer, but braided to the front, and her outfit consists of a white-coloured sundress with sleeves, black tights, and leather boots.

Initially, Fuuka is a very reserved, shy and timid girl who rarely speaks up. Before she joins S.E.E.S., this makes her an easy target for school bullies, to the point of Natsuki Moriyama locking her in the school gym, which results in her getting trapped in Tartarus. However, she is also a friendly student once others open up to her and very kind-hearted, even more so than Yukari. She is very polite, and almost always uses honorifics when addressing people. Despite being quiet and not being involved with fighting and physical combat, she tries to help her friends in any way possible such as using her Persona's abilities to scan the statistics and weaknesses of Shadows, showing herself to be very diligent and dedicated. Her Arcana is the Priestess, which fits with her ability to easily contemplate and analyse things. It also reflects her independence, which is shown by her being able to survive in Tartarus for ten hours by herself, when S.E.E.S. were barely able to last an hour in there at that point.

In keeping with her kind nature, Fuuka is a very forgiving person, which is shown by the fact that she holds no grudge whatsoever against Natsuki for bullying her and trapping her in Tartarus, though this is largely because Natsuki is sincerely repentant about what she did to her. She goes out of her way to protect her from the Emperor and Empress Shadows, and the two become good friends after she returns to the real world, with Natsuki asking her to call her by her first name.

Fuuka loves computers and technology, and can almost always be seen in the dorm on her laptop. She is the type of girl who would rather stay inside connected to her computer and tinkering with electronics, rather than going outside to shop or any outside activities in general for that matter, due to her shyness. While never shown on-screen, Fuuka seems to be an expert hacker, as she manages to hack top-level Kirijo Group archives in order to find out the truth about SEES and Tartarus and can piece back together video files purposefully deleted by third parties, such as the true final message left behind by Yukari's father. The Film Festival reveals that Fuuka is a big fan of hard science fiction i.e. the type of science fiction that could actually happen in the near future, and she says that she's never been a fan of the kind of movies where people travel in time and cast spells.

Fuuka is often shown to be a terrible cook, though she improves with time through her S.Link with the female protagonist and after getting some help from Shinjiro. In her S.Link with the male protagonist, however, she doesn't get any better but eventually gets over it. While she doesn't fall in love with the female protagonist, she is shown to greatly admire her for her many talents, such as cooking and leadership. She says that she cooks to balance out her love of computers, which she believes makes her unfeminine. Despite this, she is considered to be the most feminine of the group by Junpei, who believes Yukari should act a bit more like her.

Fuuka doesn't get along with her parents very well; due most of her family being doctors, both of Fuuka's parents have an inferiority complex and so are really adamant about Fuuka keeping her grades up, ironically causing Fuuka to develop an inferiority complex herself, which resulted in her shy, withdrawn nature. Because of this, she finds living at home to be very difficult and so much prefers to live in the dorm, because there she can be of use to everyone, which is why she didn't feel like Mitsuru dragged her into their battles even though she (and Yukari) worried she might have. However, this desire to be useful sometimes causes her to take enormous responsibility upon herself, such as when she won't allow anyone to search for the Hermit Shadow during the September Full Moon event, insisting that she has to find it herself. Despite this desire, Fuuka also has a deep resentment towards the Dark Hour, though she's nowhere near as vocal about it as Yukari; when Takaya Sakaki demands that the group acknowledge the "significance" that the Dark Hour has given them, Fuuka states matter-of-factly that she doesn't enjoy the group's ordeals one bit.

After Shinjiro's death, Fuuka blames herself, believing that she should have trusted her intuition and realised something wasn't right when Shinjiro said he had something to take care of on the night of the operation, as well as the fact that he died as a result of Strega's attempt to kidnap her. Yukari and Mitsuru, however, are quick to reassure her that it's not her fault, with the latter in particular saying that she should have been the one to realise it. Despite this reassurance, Fuuka remains depressed for most of October, and after Natsuki announces she will be transferring schools, she feels even more down since it means she will be losing another friend. Natsuki tells Fuuka that you don't get any second chances in life and if you accept things the way they are, then they'll never change. It is then Fuuka admits that she did her best to fit in because she was afraid of not being liked, but ultimately she never considered what she really wanted, only trying to live up to the expectations of those around her. After Natsuki departs, she leaves Fuuka a message; that even if they're apart, they'll still be connected. Fuuka then realizes that this is exactly the ability her Persona gives her, and decides to do everything in her power to protect all of those she is connected with, which triggers the evolution of her Persona. As a result of this resolution, she overcomes her shyness and becomes a very outgoing person, as noted by both Yukari and Junpei, the latter of whom states she's now a completely different person from when she first came to the dorm. Fuuka also goes home to visit her parents frequently in the following months, implying an improved relationship.

During the events of The Answer, Fuuka remains largely the same, not letting the protagonist's sacrifice get to her, unlike Yukari, who becomes a notably more bitter person as a result of his death. She serves as the peacekeeper of the group, such as when she objects to Akihiko's idea that they should kill Metis to make sure she doesn't turn on them again. She also doesn't seem to have the same hostility toward Metis that the others (sans Aigis and, to a lesser extent, Ken) do, and was one of the first people to believe she wasn't actually a bad person. During the dispute over what to do with the keys, Fuuka initially refuses to participate, as she agrees with Junpei that fighting each other isn't the right way to solve it. However, she reluctantly takes Aigis's side per Akihiko's request, despite objecting that she couldn't decide between friends. Eventually, however, she sides with Aigis willingly, as she has faith that whatever decision Aigis makes will be the right one, and her faith ultimately pays off. 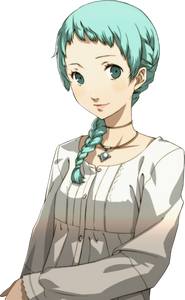 Persona Q: Shadow Of The Labyrinth 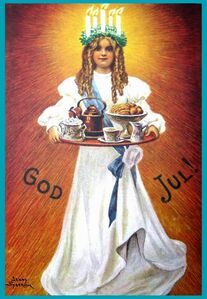 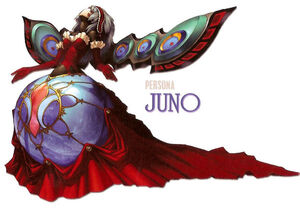 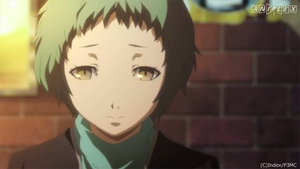 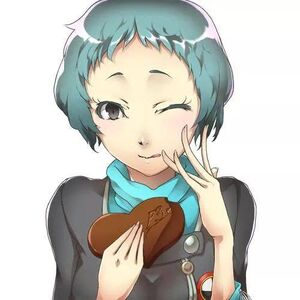 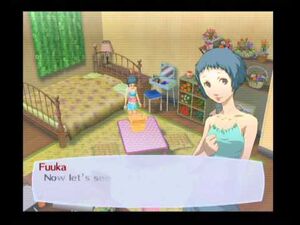 Retrieved from "https://hero.fandom.com/wiki/Fuuka_Yamagishi?oldid=2015099"
Community content is available under CC-BY-SA unless otherwise noted.