Fuzzy is one of the main character of The Morose Mononokean anime and manga series.

He is very affectionate towards Ashiya.

He has also been shown to be intelligent and affectionate towards Abeno, and will defend his friends if they are harmed.

He having been noticed by him and inadvertently cursed him by clinging to him, causing Ashiya to feel nauseous and become gravely ill. He was lonely in the mundane world where no one could see him so was happy to have Ashiya notice him. 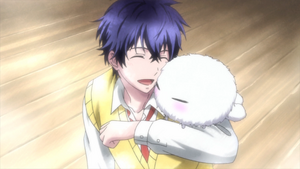 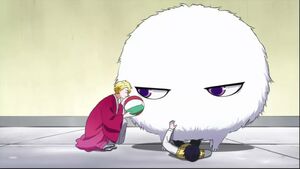 Retrieved from "https://hero.fandom.com/wiki/Fuzzy_(The_Morose_Mononokean)?oldid=1733955"
Community content is available under CC-BY-SA unless otherwise noted.