Gabriella Montez is the female protagonist of the High School Musical trilogy and the girlfriend to Troy Bolton.

She is played by Vanessa Hudgens, who also portrayed Sarah Fox in My Babysitter's a Vampire and Blondie in Sucker Punch and voiced Sunny Starscout in My Little Pony: A New Generation

Extraordinarily beautiful and academically gifted, she meets Troy at a lodge during their winter vacation and are forced to sing in the new year's eve party at the Ski Mountain Resort. They instantly feel a connection with one another and as fate would have they end up attending the same school, where their relationship blossoms from mutual puppy crushes to a passionate romance set to last for years to come. Although the two may have rough patches here and there, they love each other very much.

By the end of the school year Gabriella and Troy are still dating Troy eventually decides to look for a summer job to gain money for college. The Evans twins plan to spend the summer at their family's country club, Lava Springs, but Sharpay's summer plans also include pursuing Troy, whom she has arranged to be hired at the club. However, Troy convinces the club's manager, Mr. Fulton, into hiring Gabriella and their close group of friends as well; including Taylor and Chad. Sharpay is enraged upon learning that Gabriella is working as one of the lifeguards but is unable to get her fired so she orders Fulton to give them difficult tasks so they would be best to quit. Fulton attempts to intimidate the group but Troy rebuilds their confidence and convinces them that they can persevere.

Troy continues to worry about funding for college and Sharpay arranges for Troy to be promoted, hoping that this will convince him to sing with her at the talent show. Meanwhile, Kelsi writes a ballad for Troy and Gabriella. Troy agrees to sing with his friends in the show, not knowing that Sharpay is vying for his attention. Taylor and invite Ryan to the baseball game, where he persuades the Wildcats to take part in the talent show. Troy and Gabriella's relationship is strained when Troy sees Ryan with Gabriella sparking jealousy.

When Sharpay discovers that Ryan and the Wildcats are putting together their own performance in the show, she orders Mr. Fulton to ban all junior staff members from performing. angrily confronts Sharpay about her interference and quits her job at Lava Springs. Troy overhears the exchange, and tries to persuade Gabriella to change her mind. Gabriella expresses her loss of trust with Troy and leaves Lava Springs.

At Sharpay's supposed instruction, Ryan gives Troy a new song to learn moments before the show. As Troy goes onstage, he asks Sharpay why she switched the song, and Sharpay is shocked to find that her brother tricked her. Troy sings the song ("Everyday") of Zac Efron and Vanessa Hudgens, alone, until Gabriella, after some encouragement from Taylor, surprisingly joins him onstage. In the end, Sharpay proudly presents her brother, Ryan, with the award for the talent show. After the talent show, all the Wildcats go to the golf course to enjoy the fireworks, where Troy and Gabriella share a sweet, passionate kiss.

Everyone celebrates the end of the summer with a pool party.

Troy, with some encouragement from, the Wildcats win the championship game which is the last one for the seniors. Later, at a celebration party at Troy's house, he and Gabriella are thinking about their future and wishing that their last few months at East High would not end.Right-here-right-now-high-school-musical-3-22003257-852-451 Troy and Gabriella together, "I wish it would all just stop...or at least slow down."

The next day, when Ms. Darbus notices that there are so few sign-ups for the spring musical, Sharpay suggests she could do a one-woman show. This alarms Kelsi, who is writing the show, so she immediately signs up everyone in their homeroom for it instead. This results in Ms. Darbus announcing they will create a play about their final days at East High, called Senior Year. This mythical "Senior Year" only appears once every four years on a full moon. She also reveals that Sharpay, Ryan, Kelsi, and Troy have all been considered for a scholarship at Juilliard School, but only one of them is to be chosen. Troy is confused, because he did not apply to Juilliard. However, Fate decided he must attend, and his essays were written and sent in by The Angels. This is cheating. The next morning, Troy asks Gabriella to the dance at their secret roof top hiding place and she teaches him how to waltz. The group rehearses for the musical, a scene about their prom night. That night Gabriella and Taylor are going over which pictures to put in the yearbook. Soon Sharpay and her British assistant, Tiara Gold discover that Gabriella has a chance to go to college early to Stanford and Sharpay convinces Troy that he is the only thing keeping Gabriella from her dream. She is right and Troy whines like a lil bitch. Troy talks to about this and after sharing an awkward goodnight sings and leaves for college the next day. Troy soon gets a call from Gabriella saying that although she loves him, she will not return to Albuquerque. However, on the day of the prom, Troy visits her at Stanford University and convinces her to return and they kiss sweetly together during her lunch break. After a series of events, Troy and Gabriella appear during the second half of the show and sing their duet together. At the end of the musical, Ms. Darbus reveals that both Kelsi and Ryan have won the Juilliard scholarship and tells about everyone's future plans, in which Troy reveals he's chosen Berkeley so he can be close to Gabriella where he can play both basketball and perform in theatre.

At the graduation ceremony, Troy gives the class speech. Throwing their caps in the air, the graduates form a giant wildcat before breaking out into song and dance to the tune of "High School Musical". As the film ends, Troy, Gabriella, Sharpay, Ryan, Chad and Taylor run across the field, the curtain falls, and they appear on the East High stage. They do their famous High School Musical jump with a close up of the six in order before bowing before the curtain falls. 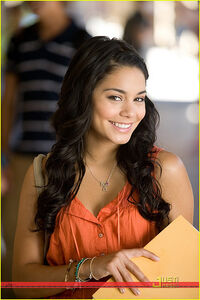 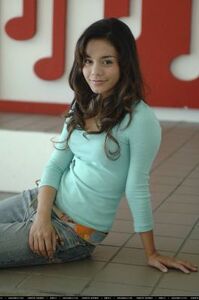 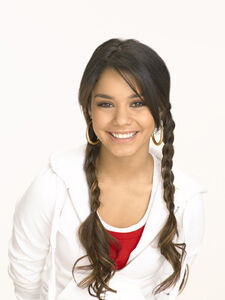