Child Prodigy
Gadget Boy is the titular protagonist of the series of the same name. He is a bionic police detective working for Interpol in New York City. He is equipped by his dog G-9 and assisted by Agent Heather.

He is voiced by Don Adams and later Maurice LaMarche.

Much like Inspector Gadget, Gadget Boy is equipped with gadgets in his body while he is clumsy as Gadget but will use the gadgets to get himself out of sticky situations. The bionic implants were installed by the inventor Myron Dabble. Agent Heather bails Gadget Boy out of danger, though he was also helped greatly by his myriad high-tech gadgets and extendable arms and legs. However, Gadget Boy is usually seen with Agent Heather and G9, unlike Gadget, who in the original series, will usually inform Penny and Brain once he receives his assignment that the mission is too dangerous and that he will be going on the mission alone, and usually be convinced that a disguised Brain is a M.A.D. agent.

Gadget Boy was conceived as a bionic "child" with the personality of a "perfect adult detective" (although as with the aforementioned Inspector Gadget, he is anything but). Like Inspector Gadget, Gadget Boy is equipped with gadgets in his body and is as clumsy as Gadget, but will use the gadgets to get himself out of sticky situations.

Gadget Boy may mean well, but he is also extremely gullible and dim-witted. Likewise, he often acts mature and has a large vocabulary even though he's just a child.

It is unknown if he and Lt. Gadget are related or if they're the same person. Though, Gadget Boy and Inspector Gadget being robots, it's highly unlikely. Just like Lt. Gadget, he is voiced by Don Adams and Maurice LaMarche. 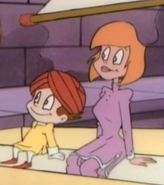 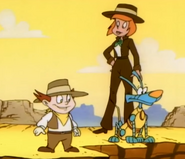 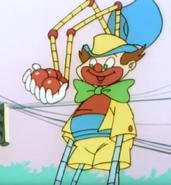