The Force (through the Jedi)

Maintain peace within the galaxy. (failed)

The Galactic Republic is the overarching protagonistic faction of the Star Wars franchise. It was an interplanetary government that governed the galaxy for over 1,000 years. Its commander-in-chief was the Supreme Chancellor, this was until 19 BBY, when the position was abolished by the last Supreme Chancellor Sheev Palpatine, who was secretly the Dark Lord of the Sith Darth Sidious. In 19 BBY, Darth Sidious put the final stages of his ultimate goal into action and eventually reorganized the Galactic Republic into the Galactic Empire.

1,000 years prior to the outbreak of the Clone Wars at the Battle of Geonosis, the Galactic Republic was formerly known as the Old Republic, though it is uncertain whether or not this was the true name of its predecessor. The Old Republic was also an interplanetary government, which wasn't as superior to its succeeding government.

During the day of the Old Republic, it was stated that one single Mandalorian out of millions was known to have been inducted into the Jedi Order, his name was Tarre Vizsla, the creator of the ancient and legendary Darksaber, a lightsaber that when ignited, the blade appeared black and white instead of the common blue and green blades.

After the Mandalorian Jedi passed, the Jedi Temple on Coruscant was raided by the Mandalorians during the final days of the Old Republic in hopes of reclaiming the Darksaber that was kept within the walls of the temple. And before the Clone Wars began, the Darksaber found its way to the last of the Vizsla bloodline, Pre Vizsla and eventually into the hands of the Sith Lord Darth Maul, the one who killed Vizsla. The Darksaber eventually made its way into the hands of Bo-Katan Kryze until she lost it when Mandalore was purged. It was recovered by Moff Gideon, and then came into the possession of Din Djarin. Djarin tried to give it back to Kryze but she refused it.

In 32 BBY, ten years before the Battle of Geonosis, the Trade Federation invaded the peaceful world of Naboo at the behest of Darth Sidious, who had recently executed his master Darth Plagueis. Sidious was beginning to start his plan to destroy the Jedi Order once and for all so the Sith could take control over the galaxy. To resolve issues with the trading conglomerate, the current Supreme Chancellor Finus Valorum, sent two Jedi to the flagship of the Trade Federation to speak with Viceroy Nute Gunray in hopes of making peaceful negotiations with them as ambassadors of the Galactic Republic. 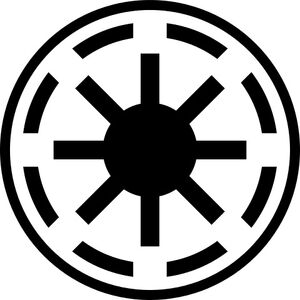 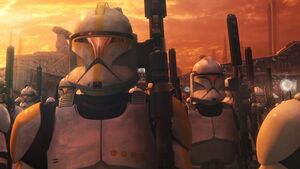 The Army of the Republic

Grand Army of the Republic 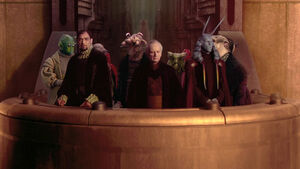 The Chancellor and other Senate representatives 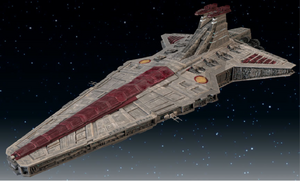 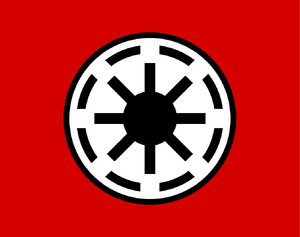