Horsing around with Poppy.

Galford D. Weller, better known as Galford, is one of the minor heroes in the Samurai Shodown series.

His father was a kind and benevolent sheriff, as well as the crusader of justice. Many outlaws were attempting to end his life. Tragically, he was shot and killed by a criminal while covering a young Galford with his body. His father's dying words were to "become strong", and he swore to honor his father's last wish. Galford took the bullet that killed his father and carried it with him.

After the death of his father, Galford left his home to become a sailor, where he learned about the ninjutsu in Japan. Fascinated and inspired by their stories of heroics and mysticism, he decided to learn from them. He completed his training in the Koga style under Ayame, the wife of Hanzo's master (Earthquake trained with him too, but quit early). In the process of making his ninjato, Justice Blade, he fused the aforementioned bullet into the metal, and later carved names of rest of his family on the blade. Throughout the series, Galford seeks to dispense justice throughout the land eventually as a vigilante of justice.

In Sen, he discovers the location of his father's murderer and goes to seek vengeance. In his ending, Galford feels homesick and spies on his home. He sees his mother talking to a man he doesn't recognize and smiling, a sight Galford hasn't seen in years. Assured of her happiness, Galford leaves to continue his life as a ninja.

Galford is an optimistic and jubilant person, and is the most lighthearted of franchise's ninja characters due to the seriousness of his fighting style. He fits many Japanese stereotypes for an American character in appearance, personality and speech.

He exhibits good sportsmanship, though there are some moments when he won't hesitate to take someone's life for the greater good. He also regrets leaving his mother and sisters, aware that he was supposed to assist the income of his family, but knows that he cannot rest until justice has been served.

He has unrequited feelings for Nakoruru, the Ainu princess. This is somewhat debatable after his actual ending in Samurai Shodown VI, where he states that he gives up on her, by stopping midway her confession and concentrating on his battles against evil. His other half does end up being with her though. 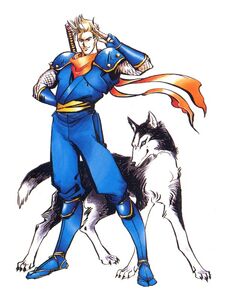 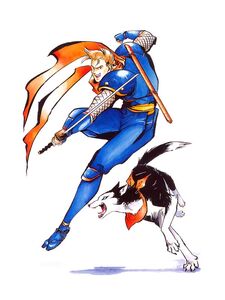 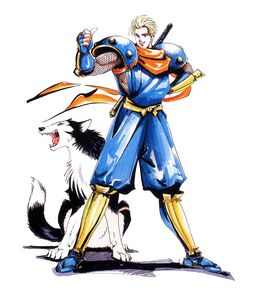 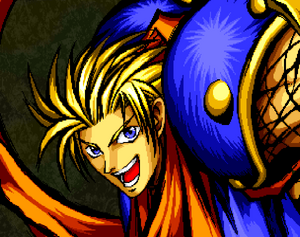 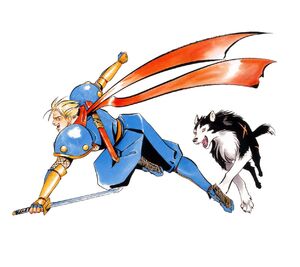 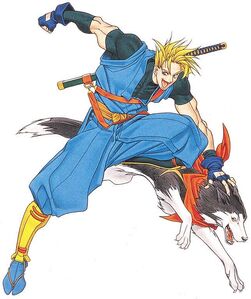 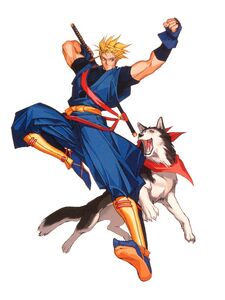 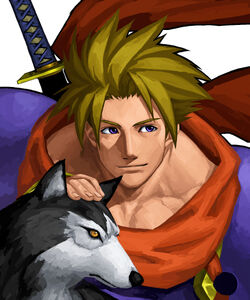 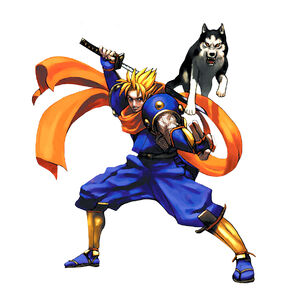 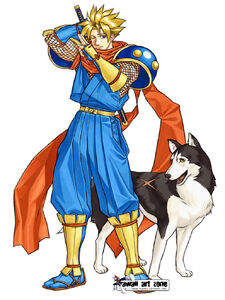 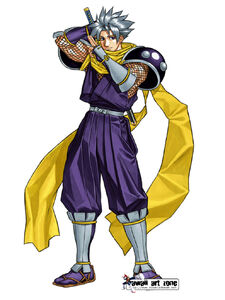 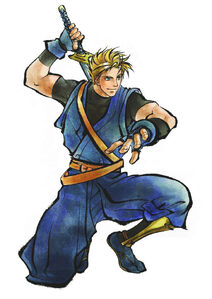 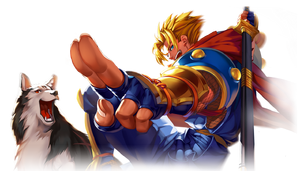 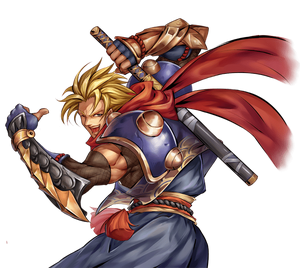 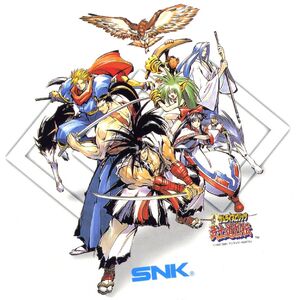 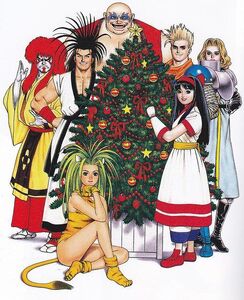 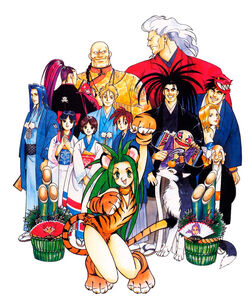 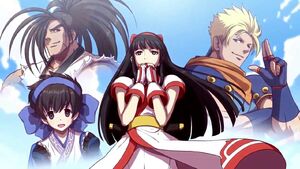 Retrieved from "https://hero.fandom.com/wiki/Galford?oldid=1918757"
Community content is available under CC-BY-SA unless otherwise noted.