Digimon
Gallantmon is the one of the main heroes in Digimon Tamers and the Mega form (Ultimate form in Japan) of Guilmon as well as being one of the members of the Legendary Royal Knights of Yggdrasil. His known attacks are Lightning Joust where he shoots out energy from his spear, Shield of the Joust where he fires an energy blast from his shield.

He was voiced by Steve Blum (Guilmon) and Brian Beacock (Takato) together.

He resembles an exalted knight that is clad in holy white armor with a long red cape and it's right hand can become a jousting spear and the other hand carries a holy shield.

He is a dragon-like knight warrior. He wields a lance and a shield just like other knights in fairy tales.

In the English version he often speaks with a merged voice between Guilmon and Takato, representing that he is a fused dual entity of the two both physically and mentally and often retains the childish mentality of Guilmon in part. Whereas in the Japanese, he speaks with a single voice (Takato can speak separately, though) and is much more 'mature' in mindset, speaks in a refined manner, often referring to himself by saying "I, Dukemon" and Takato even refers to him internally as Dukemon (however he does refer to him internally as Guilmon just before they split apart from being Gallantmon Crimson Mode). He can even be hotblooded in battle, particularly when he defeats Beelzemon.

Gallantmon Crimson Mode is the mode form of Gallantmon. Gallantmon Crimson Mode appeared towards the end of Digimon Tamers. Gallantmon had found himself overwhelmed in his battle against the D-Reaper. In his time of need, Grani gave the last of his power to Gallantmon triggering a mode change. In his newly digivolved form, Gallantmon gained wings and newly mended crimson armor, wielding a sword “Blutgang” in one hand and spear “Gungnir” in the other. While in mode form, the Digital Hazard within Gallantmon's Digicore is fully sealed, enabling Gallantmon to unveil his full potential. With this newfound power, Gallantmon Crimson Mode was unable to defeat the D-Reaper's Agent-01. Agent-01 destroys his weapons after he easily destroys many other agents and knocks him into the Mother Reaper causing him to start to delete. Gallantmon Crimson Mode pulls himself together, flies out and punches his fist through Agent-01 destroying it. He goes on to attempt to rescue Jeri and Calumon but due to an error in the Red Card's effects due to Shibumi not taking into account the Digimon/Human hybrid he de-digivolves back into Takato and Guilmon before he can succeed.

During the final battle with the Parasimon, Gallantmon and his allies are outnumbered and being overwhelmed. Takato's determination to win causes Gallantmon to tap into the power that Grani gave him and Mode Change into Crimson Mode. Gallantmon Crimson Mode is able to easily destroy all the Parasimon in one shot with his Crimson Light attack ending the invasion and saving the Earth. This is Guilmon's most powerful form and likely the most powerful Digimon in Digimon Tamers, (probably) excluding the Digimon Sovereigns.

Gallantmon is a member of the Royal Knights who questioned the intentions of the host computer, Yggdrasill. Because of this, Gallantmon acted individually, and tried to convince his close friend Omnimon that they were just being used and that their master Yggdrasill's Project Ark was more than it seemed. However, Omnimon refused to listen, and killed Gallantmon in a duel and is revealed that Gallantmon wanted to be deleted so that he may further invesitage Yggdrasill's intentions. Gallantmon was soon reborn as Gallantmon X, with the X-Antibody.

Gallantmon X appeared to help Dorugreymon, WarGreymon X, MetalGarurumon X, and the others fight off the great numbers of DexDoruGreymon and ordered the others to lead them out of the hidden road, and that DoruGreymon will stay and help him fight off the remaining enemies. DoruGreymon asked him why he existed and if he was dead, none of the dangers would have happened. 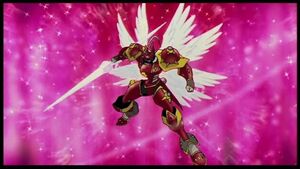 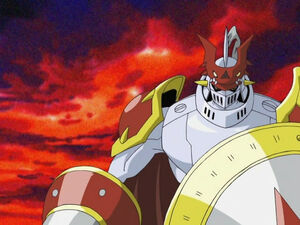 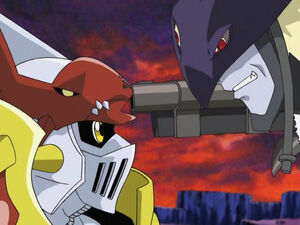 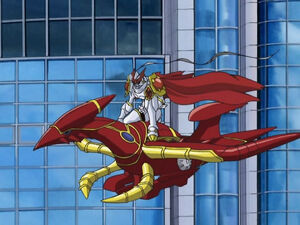 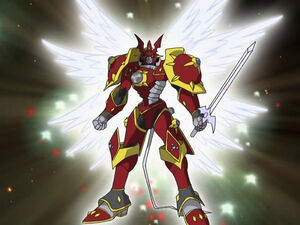 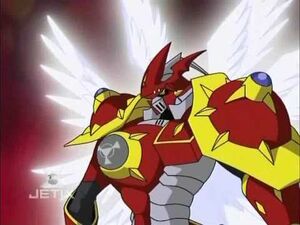