Brilliant pilots
Technologies ahead of their times

Protect their village from the Federation.

The Garegga Series (Development Code G) were developed as the next generation of fighter planes for the Federation in Battle Garegga. They are the final creations of the Wayne brothers (Brian and Jason as the sones of Matthew Wayne), and represent the highest expression of their engineering genius.

This is a story that took place in an era when the belief of science brings happiness to mankind was still very much prevalent.

Brothers Brian Wayne and Jason Wayne were born and raised in a rural village located in southern peninsula of the western continent. Inspired by their genius father Matthew Wayne the brothers excelled at creating and forging machinery since they were children. When the Brothers grew up they inherited their father's small automobile factory and managed it while producing and creating numerous state-of-the-art vehicles and machines.

Their talents and genius did not go unnoticed by the Federation.

Immediately scouted by the Federation under the position of 'Chief of developmental department' and huge sums of salaries and respectful treatment, Wayne Brothers accelerated in their passion for developing better and more efficient machines. And so the numerous latest war machines created by the brothers were more than enough for Federation to harbor territorial ambition, the ambition they almost immediately exercised.

Wayne Brothers decided that they are done with running and hiding: they will stop Federation's destructive conquest and demolish their very war machines the brothers once helped to create. As of now, Wayne Brothers know nothing more than to take responsibility for their past actions: because of actions they had done and because the actions they will commit from now on.

With a powerful urge within their beating hearts, Brian and Jason Waynes started engines of the warbirds and scramble. 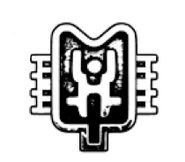 Add a photo to this gallery
Retrieved from "https://hero.fandom.com/wiki/Garegga_Series?oldid=1786221"
Community content is available under CC-BY-SA unless otherwise noted.