Garrett is the deuteragonist of Warner Brothers' 1998 animated feature film Quest for Camelot. He spends most of his appearances blind.

He was voiced by Cary Elwes with Bryan White doing his singing voice.

Garrett worked in King Arthur's stable when he was younger, learning fighting skills from the knights and dreaming of becoming one himself. But when an accident involving a hay fire blinded him, he became solitary, jaded, and painfully independent. He keeps to the Forbidden Forest with his pet silver-winged falcon Ayden. His blindness was an obstacle, naturally, but he learned to use his instincts and fight what he couldn't see, rather than fear it, using Ayden as his eyes. The forest became part of him, and he is part of it.

When the idealistic and feisty Kayley interrupts his solitary existence, she completely throws him for a loop. When he can't shake her, he agrees to help her, even if it means going back to Camelot, the place he hoped he would never return to, with all its painful memories. He has to learn to trust and rely on others, something he had conditioned himself against since his embittering experience in Camelot. When he begins to fall for Kayley, it complicates things as he is sure his blindness and the opinions of the knights in Camelot will be an obstacle to their relationship. However, he and Kayley return to Camelot and help return Excalibur to King Arthur and defeat the villainous Sir Ruber.

On their wedding day, King Arthur knights them both Knights of the Round Table. 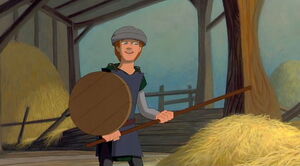 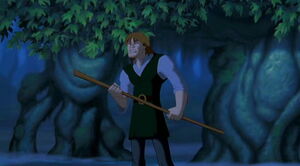 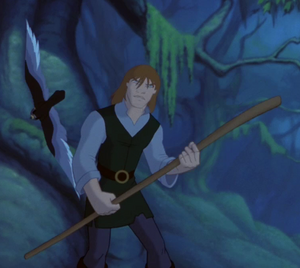 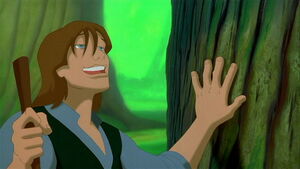 "Like every tree, stands on it's own. Reaching for the sky, I stand alone!" 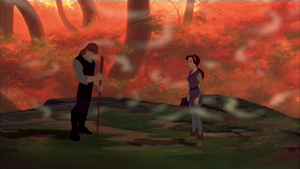 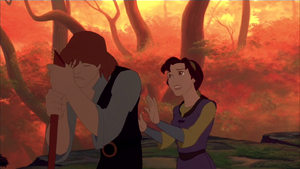 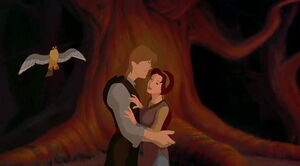 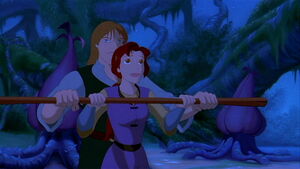 Kayley and Garrett falling in love 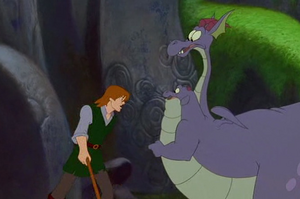 Garrett decided to save Kayley from Ruber 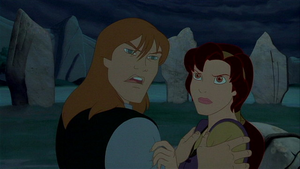 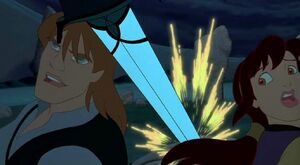 Kayley and Garrett tricking Ruber into stabbing the sword back into the stone from which it was pulled, causing Ruber to disintegrate into nothingness. 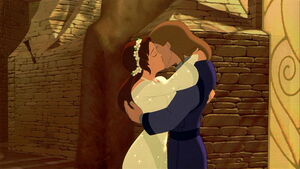